Established on the shores of the St Lawrence river in the 17th century, Québec has been enriched by successive waves of immigrants who contributed to the diversification and development of Québec society throughout its history. Initially, the new arrivals came from Europe.

Today, new residents come from around the world and the population of Québec includes some 600,000 immigrants who have come from Europe, Africa, Latin America and Asia Québec admits almost 40,000 immigrants every year.

Québec defines itself as a pluralist society and it’s open to an array of influences, from other cultures, while honouring basic democratic values. This openness expresses a wish to go beyond reference to cultural origin and simple coexistence of diverse peoples.

Québec has adopted a wider vision, one of civic relations and it encourages new-comers to express their diversity in a context where, citizens share the same feeling of belonging to Québec society and express this feeling through a respect for common laws and institutions.

In this section, we present some of Quebec’s cultural and ethnic communities. Some of them have been established here more than two centuries ago, the others are young and recent. But all of them are working to make Quebec a better place to live. 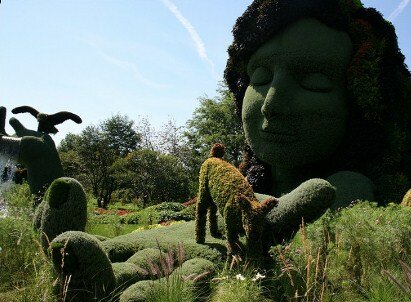