Montreal, a popular tourist destination, pleases visitors with its Old World charm, North American energy, and plurality of cultures. Any description of this city is filled with words such as the best, the most, the largest, and the first

Montreal is the largest French-speaking city in North America and the second-largest city in Canada.

As of the 2006 Canadian Census, more than 3.6 mln people reside in the Greater Montreal area including 1.6 mln who live in Montreal proper. Montreal is both romantically traditional and amazingly innovative: the variety of architectural styles, especially downtown and in the Old Port area, is a major attraction for tourists. Montreal is a popular filming location for feature-length films, and sometimes stands in for European locations.

The city was recognized as a UNESCO City of Design, one of the three design capitals of the world (along with Berlin and Buenos Aires), in 2006. The riverside area adjacent to Old Montreal is known as the Old Port.

Once a busy port, it is now a recreational and historical area. The newer port, further east, is now Canada's largest container port. 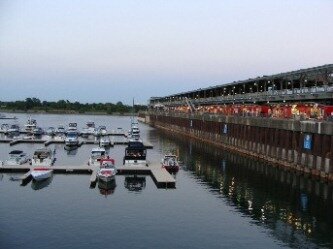 Among the most representative examples of 20th century architecture are Saint Joseph's Oratory, University of Montréal’s main building, the Place Ville Marie office tower, and the Olympic Stadium. Nicknamed "the city of a hundred belltowers", Montreal is famous for its churches. The city has four Roman Catholic basilicas: Mary, Queen of the World Cathedral, the Notre-Dame Basilica, St. Patrick's Basilica, and Saint Joseph's Oratory. The Oratory is the largest church in Canada, with the largest dome of its kind in the world after that of Saint Peter's Basilica in Rome. Other well-known churches include Notre-Dame-de-Bon-Secours Chapel, sometimes called the Sailors' Church, and the Anglican Christ Church Cathedral. Montreal has 350 parks and because of its Underground City (La ville souterraine), Montreal is often referred to as "Two Cities in One."  Besides, Montreal is Canada's cultural capital.

The city is ranked as the 4th largest centre in North America in terms of aerospace jobs. With access to six universities and a variety of colleges, Montreal, along with Boston, has the highest concentration of post-secondary students of all major cities in North America.

The cultural touches of Montreal’s diverse communities make every neighborhood look different contributing also to the city’s culinary landscape. Montreal's unique selection of restaurants, cafes, and pubs attracts visitors from all over North America. Forbes Magazine ranked Montreal as the 10th cleanest city in the world, in 2007. Monocle Magazine (London, UK) placed Montreal 16th in a list of the world's 25 most liveable cities, in 2008.

Montreal, cosmopolitan dynamic and small-town friendly, “lives and lets live”: this is what makes tourists feel comfortable and welcome. 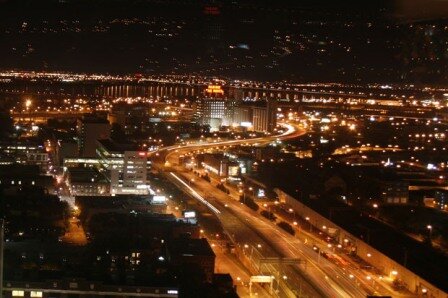 Photo : © Alexis Hamel, www.imtl.org One of the best Web sites about Montreal (do you remember? Any description of Montreal is filled with words such the first, the most, the best…)