The psychology of interpersonal relations and human interaction is important to normal day-to-day functioning. Even a simple task such as buying milk at the corner depanneur (convenience store in Canadian French) would be impossible without a rudimentary understanding of the intricacies of social behaviour.

Humans are often said to be social animals. Indeed, not all animals are social, even though they are equal. Tigers and koalas are mostly solitary, while lions and chimpanzees live in groups. In the animal kingdom, and as is hypothesised for our prehistoric ancestors, such gatherings help survival by resource multiplication, protection and signalling.

Just as animals, human beings are dependent on caregivers in infancy. What comes as a surprise is the sad study that was carried out in Romanian orphanages. Due to several circumstances, at that point in time, Romanian orphanages were overcrowded and some infants failed to get the human contact required for them to develop normally. These babies were fed, bathed and kept warm, but there was little to no human presence involved. The consequences were that some failed to survive, while others grew up with strongly affected personalities (Chisholm et al., 2009).

Relationships permeate human existence. Many holydays are dedicated to social associations (Mother’s Day, Father’s day, Valentine’s Day). The Beatles sang “…all you need is love…” and scientists are consistently finding that the first and most famous boy band were indeed correct.

Research has demonstrated that social support can have not only beneficial psychological outcomes such as lifted mood, perspective taking, comfort, feelings of closeness and intimacy, but also direct physical health effects (Uchino et al., 1996). A study found that the larger the number of friends and acquaintances a person had, the less likely they were to suffer from the flu. The experimenters theorised that social support boosted the immune system. The conclusion seems possible, since although someone who is in contact with more people has a greater statistical chance to get infected, stress and guilt have been linked to flu-like symptoms. Further, they say laughter is the best medicine, it may well be that the good humours provided by pleasant friendly encounters have the opposite effect.

Social psychologists tend to explain attractiveness in terms of likeness, reciprocity and proximity. A study done in college dorms (Priest & Sawyer, 1967) showed that persons (all of whom were complete strangers prior to the beginning of the school term) were more likely to become friends with those who lived directly across the hall than with those who lived two doors down. The scientific truth is paralleled in the TV series Friends, if not in the plot then at least in the physical set up, where sister, brother and the entire circle, live close by.

According to literature accounts, friendships tend to form between those similar in intelligence, views, hobbies, education, family values and age. Of course, exceptions abound. 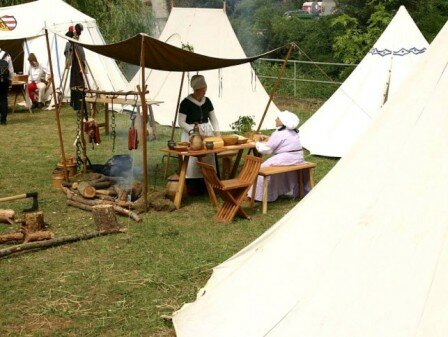