Quebec City is the second largest city in the province after Montreal. It was founded in 1608 by Samuel de Champlain at the site of a long abandoned St. Lawrence native-american settlement. Kebec, an Algonquin word, means “place where the river narrows.”

Nowadays, Quebec City is considered to be the first permanent French settlement in North America and one of the world’s most enchanting cities. It is a busy seaport, an important service and research center, and a cultural attraction. In 2008, Quebec City celebrated its 400th anniversary.

Quebec City lies on the Saint Lawrence River, about 233 kilometres (145 mi) away from Montreal.

According to the 2006 census, over 491.1 thousand people reside in Quebec City proper and 715.5 thousand in the city's metropolitan area.

The cradle of French civilization in North America, the city has everything it takes to please a visitor: an enchanting setting, a splendid architectural heritage, a rich and colorful past, and a warm heart of its citizens. Its old quarter is the only walled city in North America named a UNESCO World Heritage Site. French is the official language of the province of Quebec, though English is widely spoken in the tourist areas of Quebec City.

It is also not unusual to hear Spanish, German and Japanese in many establishments in the old part of Quebec. 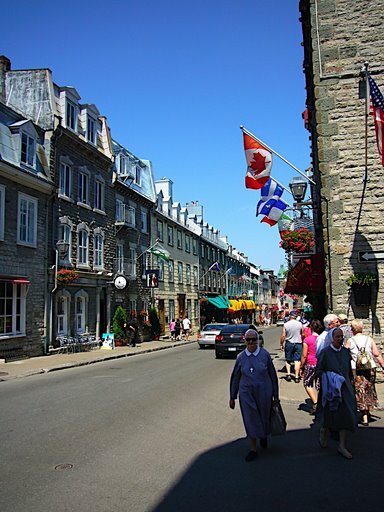 A street in Old Quebec. Photo by YaniQc 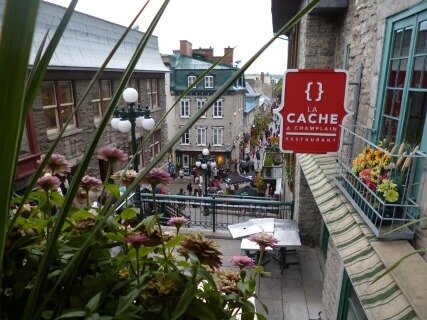 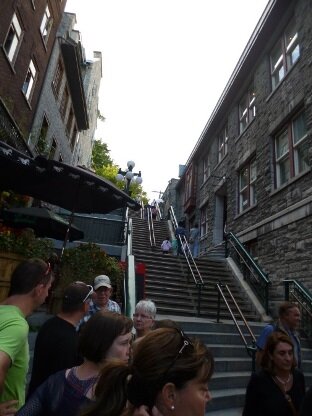 The Vincent Massey Award for Excellence in the Urban environment was given to the people of Quebec for an outstanding Achivement renewal of Rue Saint-Louis and the Petit Champlain Stairway. Photo: ProvinceQuebec.com 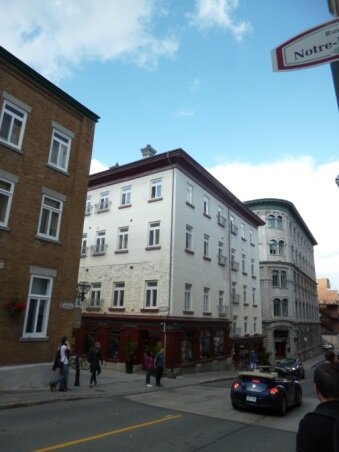 The man who became New France’s leading businessman arrived at Quebec in 1655. Driven by a desire for place and profit, he began in the import trade, but his interests expanded to include all aspects of the colony’s economic life: the fur trade, commerce and land speculation, agriculture, shipping and the fisheries. From his home and store on the rue du Sault-au-Matelot, La Chesnaye managed enterprises extending from the Pays d’en Haut to the Gaspé, and including several seigneuries. He was ennobled by the king in 1693 and became a member of the Sovereign Council of New France in 1695. Photo: ProvinceQuebec.com 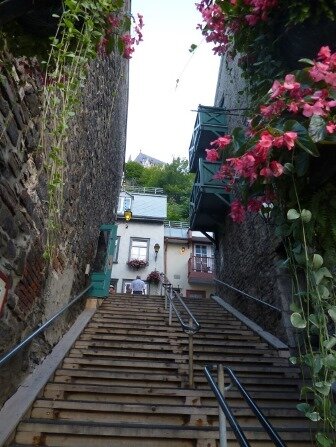 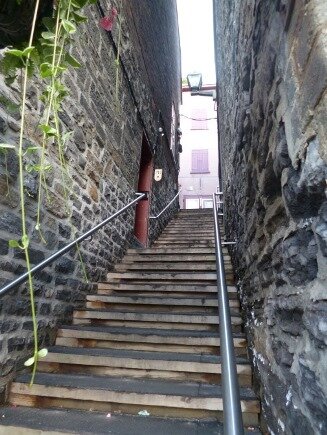 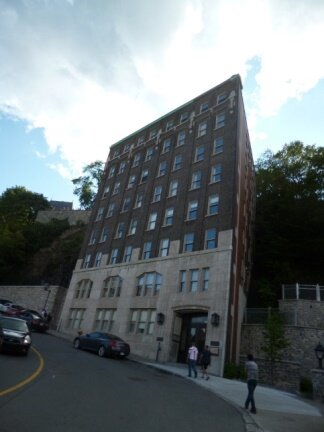 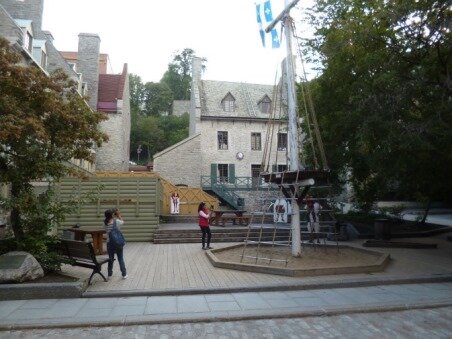 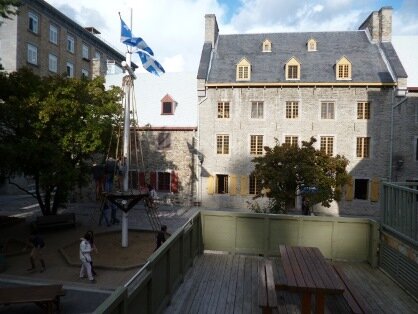 Another view of the UNESCO Park. Photo : ProvinceQuebec.com 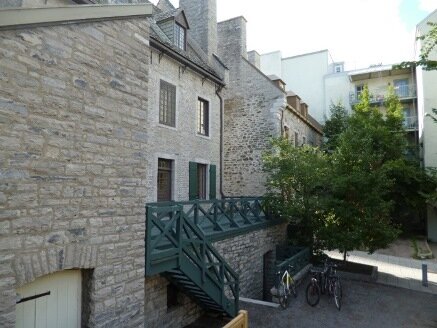 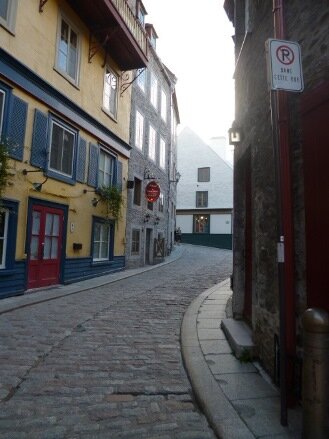 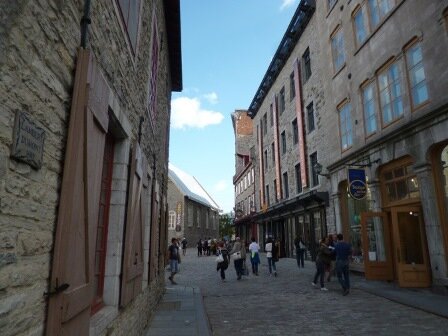 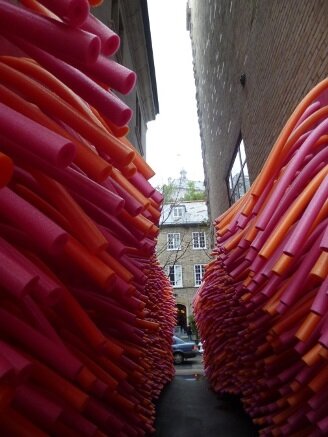 An amazing artwork in a small passage. Photo : ProvinceQuebec.com 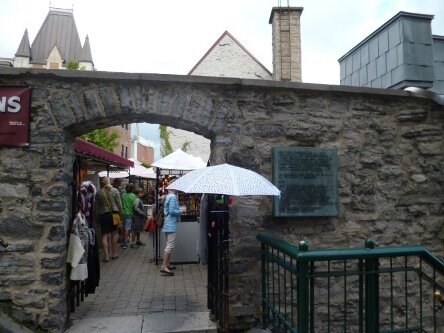 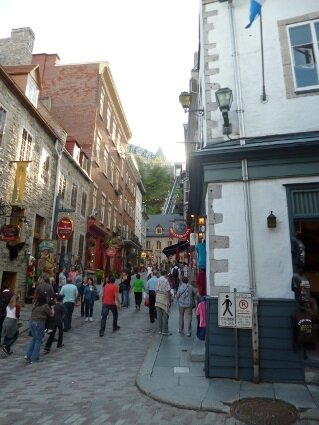 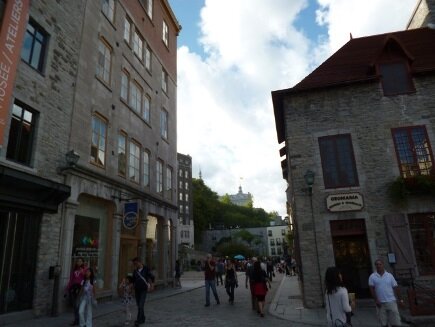 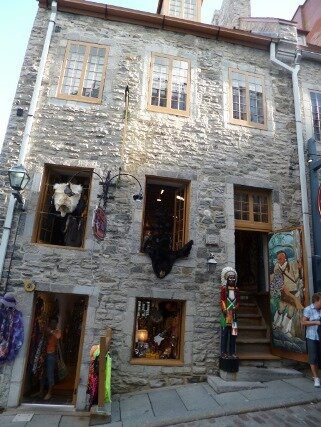 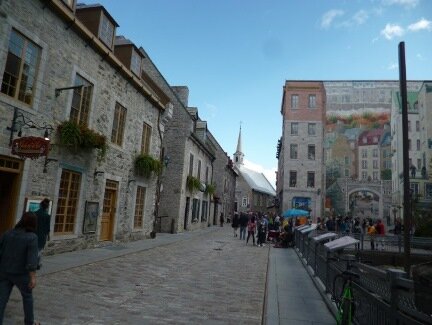 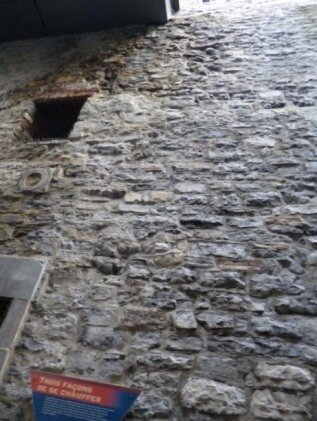 Three modes of heating: The large firplace was located on the first floor of François Hazeur's house, a wealthy merchant during the French regime. The curved keystone indicates that it was probably rebuilt after the Conquest. The small fireplace on the floor above dates from the late 19th century. Coal was probably used as fuel. The small round opeining between the two fireplaces shows that at one time a wooden stove was used - it was reconnected to the southern gable wall chemney by a metal pipe. Photo: ProvinceQuebec.com