When the Trois-Rivières (Three-Rivers) Prison was built between 1815 and 1819, it reflected the values of the judicial system of that era. Since that time, a prison was not merely a place to wait for punishment. Incarceration itself became a punishment.

Public opinion, concerned by the conditions inside the prison, sought to separate children from adults, debtors from criminals, and prisoners awaiting trial from prisoners already convicted.

The Three-Rivers Prison was designed by Quebec City architect François Baillargé in the classic English palladian style. The prison was originally built outside the city limits, but by around 1850, the expanding city had encompassed it.

By the beginning of the 20th Century, the Trois-Rivieres Prison was already considered outdates. And yet, up until 1986, prisoners would still serve their sentences in cells almost two hundred years old. 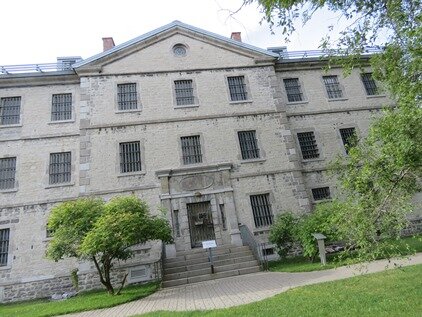