The history of the First Nations in Quebec reveals the use and occupation of most of Quebec for at least 5000 years prior to the arrival of the Europeans.

The Amerindian nations and the Inuit nation, total some 90,000 inhabitants, they account for about 1,4% of Québec's population.

The two largest and strongest First Nations in Quebec are the James Bay Cree and the Mohawk communities of Kahnawake, Kanesatake and Akwesasne, but there are 9 other First Nations spread throughout the territory of the province. The Amerindians speak different languages. 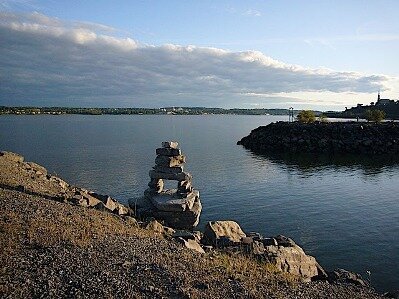 A totem on the St. Lawrence shore. Photo : © ProvinceQuebec

But we intend to develop these items in our articles about the First Nations: