It extends from Ontario in the west to the Otish Mountains in the east and from Saguenay-Lac-St-Jean region in the south to Nunavik in the north. Officially catalogued as a municipality of James Bay, this territory is included in the North-of-Quebec administrative region.

We, however, chose to dedicate a separate section to James Bay, the largest municipality in the world with a territory as big as Germany. Visitors to the area experience extreme ranges of temperature and marvel at endless expanses of snow and the sky streaked with the magic shimmer of northern lights.

The tourists are also attracted by the largest herds of caribou in the world that migrate across the region’s frozen inland seas and defy terrible red-eye wolves whose monstrous howls blend into the gusting wind… (well, actually, wolves may not have red eyes, but visitors are welcome to come here and discover the truth by themselves). 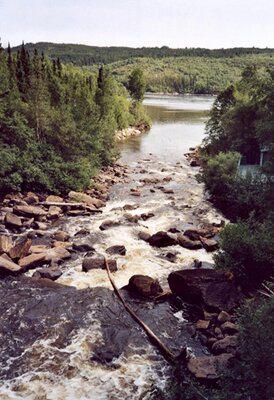 This section provides adventurers with all the necessary information about James Bay.

There are three interior roads here: the James Bay road, 645-km-long and paved, connecting Matagami to Radisson; the Northern gravel road, 407-km-long, linking the James Bay Highway and Chibougamau; and the Transtaiga road, 688-km-long. This road connects Hydro-Quebec’s power stations all the way to Caniapiscau dam.