City of Laval, established in 1965, has a population of more than 380, 000 people and its ranked 14th city in Canada and 3rd largest city in Québec. Laval a city and an administrative region, located in the Greater Montreal Area.

The city is located on Ile Jesus, across the Des Prairies River from Montreal. The city also includes the Laval islands in the Rivière des Prairies. The territory of present-day Laval was inhabited by Mohawks.

The first European Settlers were Jesuits who were granted a seigneury in 1636. In1675, Francois de Montmorency de Laval, bishop of Quebec, was granted control of the island and later, in 1702, a parish was founded here, named after St-Francois de Sales. In 1845, first villages are founded on the island.

The first of them, Ste-Rose, remained as the main community for a long time The city of Laval-des-Rapides was incorporated in 1912, and local communities began to grow throughout the following years, due to its proximity to Montreal. In Laval, about 16% of the population were born outside of Canada, many immigrants hailing from the French Caribbean, North Africa, the Middle East, Europe. Most of the population are Christians (more than 90%). Religions such as Islam, Judaism, Buddhism number less than 5% combined. In Laval, French is spoken as a mother tongue by around 70% of the population. The next most common mother tongues is English – about 7%, followed by Italian – more than 4%, Greek and Arabic – less than 4% each, Spanish – about 2% and other languages.

The city of Laval is divided in six sectors which approximately cover the territories of the 14 former municipalities and other territories, amalgamated in a big city.

Only a few remnants of the past remain in Laval, except for a few historic neighbourhoods, but the city is mainly renowned for its scientific attractions with the Cosmodome Space Science Centre, and for its cultural activities. There are numerous attractions and activities for children, especially in the Chomedey district. Families have the choice among the Recreatheque, the Armand Frappier Museum and Jungle Adventure, which is a huge maze on several levels. 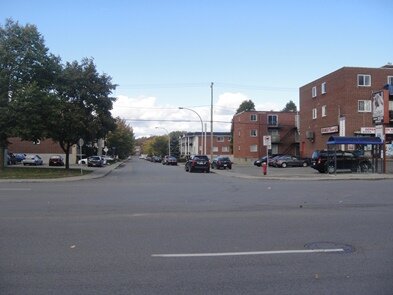