For a long time, Laval was seen as a bedroom community north of Montreal.

Today, Laval's diverse economy is centered around the technology, pharmaceutical, industrial and retail sectors. The third Quebec's city has many pharmaceutical laboratories. It also has stone quarries and a large agricultural sector.

People find there numerous shopping malls, warehouses and retail stores. One of the largest municipal industrial parks in Quebec, the Industrial Park Centre is located in the heart of Laval, corner of St. Martin West and Boulevard. Industriel. It boasts the highest concentration of manufacturing companies in the city and dozens of thousands of employees. Highway 25 Industrial Park, inaugurated in 2001, is an industrial municipal space which has been a tremendous success, boasting a 90% occupancy rate.

Easy to access, the Highway 25 Industrial Park is located at the crossroads of the metropolitan road network. Industrial Park East, located in St-Vincent-de-Paul, has a 100% occupancy rate. Laval Science and High Technology Park is a science campus that houses the Biotech City and the Information Technology Development Center (ITDC).

This site is a beacon of the metropolitan economy, located in an environment befitting the best technopolises in the world. Located along Riviere des Prairies and Highway 15, the Biotech City spans the entire territory of the Laval Science and High Technology Park and is a unique concept in Canada in that its residents comprise both universities and companies. 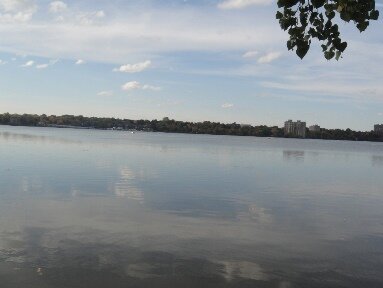 General view of Laval separated from Montreal by the Des Prairies River. Photo by © ProvinceQuebec.com