In Quebec, as well as anywhere, stories and legends pass on from generation to generation and refuse to die.

Long ago, before European colonists, missionaries, and settlers, there were dozens of tribes and peoples of various beliefs and customs living on this land. Each one had its legends which would reflect their beliefs and their life.

Europeans brought their own stories.

The story of the loup-garou and the story of the chasse-galerie - a flying birch bark canoe, - are the most popular, and dozens of versions of each of these stories exist.

Many Quebec legends were preserved by Marius Barbeau, one of Canada's best-known folklorists, an anthropologist at the National Museum in Ottawa (now the Canadian Museum of Civilization). Marius Barbeau collected traditional Canadian songs, stories and artefacts.

He focused his research largely on the French-language traditions and those of many of Canada's aboriginal groups. You’ll find in this section some of local legends and stories, as well as a number of nice stories from other lands.

Le Beau danseur : The Handsome Dancer. The legend of the Handsome Dancer, one of the most persistent in Canadian folklore, was passed from generation to generation of early quebecers. It first appeared in print in 1837 and tells the story, with variations from time to time, of how the devil, dressed in the height of fashion appears at village dances to dance with the prettiest girls. As late as 1952 this hardy perennial was going the rounds again, this time at Routhierville, Quebec and Campbelton, New Brunswick. So widespread was gossip of the manifestation, Canadian press filed a story duly reporting the latest news of the Handsome Dancer. 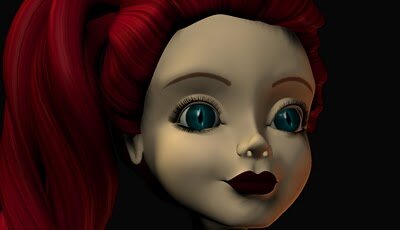 A legend. Source of the photograph : Videofederation.com