… One of the ships engaged in the battle was a one-man vessel with a semianimate automatic control system, named by its pilot La Chasse Gallerie – you said something, Jim?

The exclamation had emerged from Jim’s lips involuntarily. And at the same time, foolishly, a slight shiver had run down his back. It had been years since he had run across the old tale as a boy.

“It’s a French-Canadian ghost legend, sir”, he said. “The legend was that voyageurs who had left their homes in Eastern Canada to go out on the fur trade routes and who had died out there would be able to come back home one night of the year. New Year’s night. They’d come sailing in through the storms and snow in ghost canoes, to join the people back home and kiss the girls they now wouldn’t ever be seeing again. – That’s what they called the story, “La Chasse Gallerie”. It means the hunting of a type of butterfly that invades beehives to steal honey”.

“The pilot of this ship was a Canadian”, said Mollen, “Raoul Penard”. He coughed dryly. “He was greatly attached to his home. La Chasse Gallerie was one of the ships near the center of the nova explosion, one of the ones that disappeared.

… Listen… Again, there was the faint snap of a stud. A voice, a human voice, singing raggedly, almost absentmindedly to itself, entered the air of the room and rang on Jim’s ears.

The singing broke off and the voice dropped into a mutter of a voice that switched back and forth between French and English, speaking to itself. Jim, who had all but forgotten the little French he had picked up as a boy in Quebec, was barely able to make out that the owner of the voice was carrying on a running commentary on the housekeeping duties he was doing about the ship. Talking to himself after the fashion of hermits and lonely men. 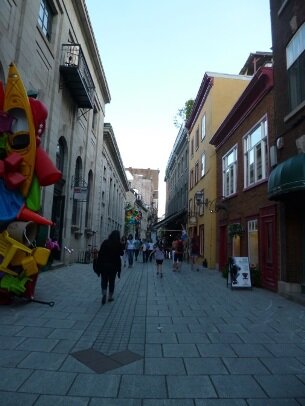