A challenge to Satan

One morning, two fishermen from Barachois Village, located at the end of the Chaleurs Bay, get on board their boats to join friends at Cap Bon-Ami at the tip of Forillon.

They are already really drunk as they set out, but they nevertheless take a good stock of whiskey with them. Once at Bon-Ami, one of the two sailors thinks he saw Satan at the top of the cliff. He starts swearing and throws a bottle on the cape and shouts insults at him.

A loud grave voice coming from the cliff invites them for a rendez-vous on the sea the next day, promising a feast the two men would never forget.

Back in Barachois, the two men tell their story about the devil and his invitation. The next day, on a very calm sea, they set out to go fishing. Once in the open sea, a gigantic wave capsizes their boat. The two men drown and the sea becomes calm once again. Days later, when their bodies are found, the two fishermen are still holding their bottles. 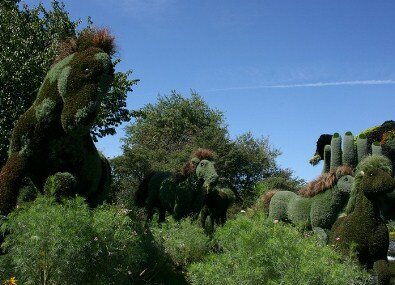