Project of the century

Project of the century

Project of the century

In 1971, the Quebec Government announces a mega-project of the century; the harnessing of the rivers in the James Bay.

Indeed, nearly all the rivers near major urban centers had been already developed, and with the rising demand for power, it became urgent to develop new projects.

In 1972, Hydro-Quebec therefore begins construction of the La Grande Complex, including the largest underground powerhouse in the world, La Grande-2. This complex bears today the name of Robert Bourassa, the former premier of Quebec, one of the authors of the project.

The most ambitious project created thousands of jobs in Quebec. In all, eight generating stations, producing more than half of Quebec’s hydroelectric power, went up during the two construction phases.

Three highways were built, linking the region to the exterior world: the James Bay Road between Radisson and Matagami; the Transtaiga Road (Caniapiscau - Radisson) and the Northern Road (Radisson – Chibougamau). 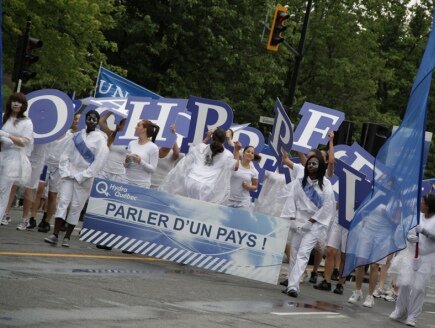