The James Bay territory was formed about ten thousand years ago by the passage of glaciers. As a result, its cold continental climate is characterized by a constant temperature fluctuation. Lasting from October to April, the winter here is long and cold with the average temperature of -23°C (-10°F) sometimes dropping to -50°C (-60°F).

Rather warm and very dry, the summer goes on from June to September with the average temperature of +17°C (35°F) rising occasionally to +35°C (95°F). The visitors should remember that, although short, the James Bay summer is blessed with truly long days: the sun rises at 4 a.m. to go down at about midnight or even later.

In winter, beside extreme ranges of temperature, James Bay offers its visitors endless expanses of snow to marvel at. Lucky tourists can enjoy the boreal lights when the sky shimmers and the luminous horizon amazes the spectators with its blue, pink, yellow, and red opalescence giving way to blazing golden sunsets. The celestial dance of lights spreading its shimmering ribbons across the sky is sure to leave an unforgettable impression. 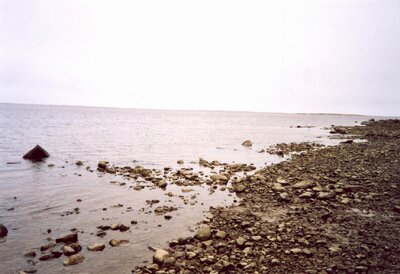 To visit the region, vacationers can take Highway 109 that provides access to Bay James territory from the west leading to Matagami. Another road - Highway 167 - enters the region from the east going to Chibougamau-Chapais area and to Lebel-sur-Quevillon (via Highway 113).