The First Nations Garden set in the very heart of the Montreal Botanical Garden, the first infrastructure of its size anywhere in Montreal, is dedicated to the First Nations of Québec and thus presents the close bonds Amerindians and the Inuit have always had with the plant world. The garden is designed to evoke a natural environment.

The 2.5 hectare garden boasts more than 300 different plant species, and some 5,000 trees, shrubs and grasses were planted there.

The First Nations Garden serves as a crossroads of cultures, a place for sharing knowledge, allowing non-Native Quebeckers to discover or rediscover the culture of the first inhabitants of North America, while offering an opportunity for the First Nations to share their traditions, wisdom and know-how. The garden avoids stereotypes; it is a contemporary garden, one inspired by Amerindian and Inuit cultures. It highlights not only Native knowledge of plants, but also First Nations activities relating to the plant world, from gathering food and medicinal plants to using wood and trees to make things and build and transport their homes, and growing plants, mainly corn, squash and beans.

The pavilion also houses a permanent exhibition including a slide show on contemporary Native lifestyles and a Web site with links to various communities' sites.

The hardwood forest: Five nations have lived in the deciduous forest since time immemorial: the Abenaki, the Malecite, the Micmac, the Huron-Wendat and the Mohawk. Their names Wôbanaki, "Land of the Dawn"; Wulustuk, "St. John's River"; Mi'gmaq, "The Allies" undoubtedly; Wendat, "The Island Dwellers"; and Kanien'kehá:ka, "People of the Flint" Traditionally, the former are part of the general cultural and linguistic family of the Algonquian, while the latter, the Huron-Wendat and the Mohawk, whose more sedentary lifestyle is due to their agricultural activities, are part of the Iroquoian family. These peoples share the same forest, which is dominated by the sugar maple, the ash and the oak, but which also contains conifers such as the pine and hemlock.

Conifer Forest: Since time immemorial, the Cree, Algonquin, Attikamek, Innu and Naskapi have lived in the vast conifer forest dominated by black spruce, fir and birch trees. The forest extends from the boundaries of the northern zone to the deciduous forest further south. Naskapi, "People of the place beyond the horizon", Innuat, "Aboriginals, human beings", Atikamekw, "Whitefish", Mamiwinik, "Downstream people" and Iyiyuu, Cree in syllabics, also "Aboriginal, human being", their names reflect the vastness of the land and the human beings that inhabit it. Nomads par excellence, these First Nations are all members of the Algonquian family and share many cultural and language features, although each is unique in its own way.

Northern Territories, taiga and toundra: The Inuit, Cree, Innu and Naskapi have always chosen the North for its unequalled white expanses in winter and its myriad of colour in summer. These peoples are known as the Inuit, Iyiyuu, Innuat, or "Aboriginals, human beings", and Naskapi, or "The people of the place beyond the horizon", as though the vast country they inhabit could not exist without the presence of human beings or their inscription on the land.

The Inuit belong to the Eskimo-Aleut cultural family that extends from Greenland to Siberia, via Alaska. They live beyond the forests, in the tundra, with its short, sparse vegetation growing on base rock. The Cree, Inuit and Naskapi, the most northerly representatives of the Algonquian family, live below the tree line, in the taiga, with its open black spruce forest and its spongy soil covered by lichen and moss. The Inuit, in scattered villages along the coast, still hunt seal and caribou, fish salmon and trout and pick blueberries and crowberries. In the taiga and forest tundra, in the hinterlands and along the coast, the Algonquian harvest the caribou, beaver, black bear, pike and salmonidae, and gather small fruit under the forest canopy. The First Nations Garden is located between the Chinese and Japanese Gardens, the Pond Garden, the Flowery Brook and the Alpine Garden. 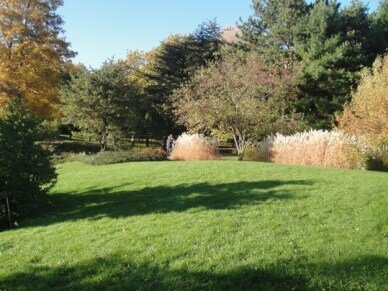 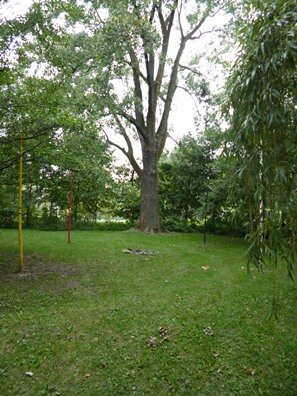 The forest is home to the First nations of Quebec. Photo: © ProvinceQuebec.com 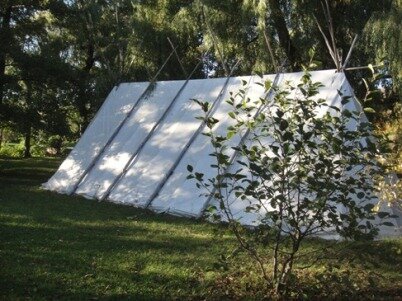 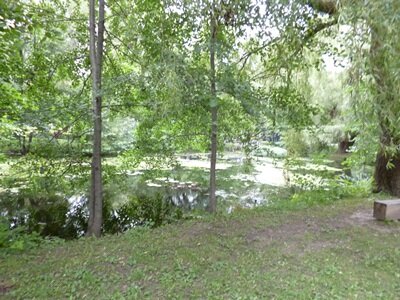 A pond in the garden. Photo: © ProvinceQuebec.com 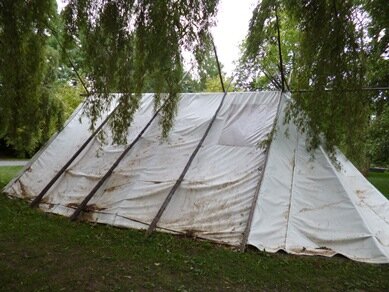