The relationship of the Amerindians and the New Englanders were very far from being cordial. The European settlers disturbed their hunting and fishing grounds, burned down their villages, carried off and sold into slavery their families. For the Indians the vengeance was a duty, just simple.

So even when the British and the French managed to make peace for a while, the allies of the British (Iroquois) declared war on New France. In retaliation, the French regularly sent raiding parties to New England. The governors commanded these raids as a way to reassert their authority over the Indians and to discourage them from allying themselves with the English.

Typically the men would be killed in a raid, the crops and housed burned and the women and children would be sent to New France. The Indians would sell them back for random, sell them to families in Quebec City, Montreal or Trois-Rivieres (the three towns existing in Quebec in the 17th century) or even adopt them.

The adopted children were treated as full members of the family and clan, many becoming chiefs in the adulthood. When peace came and their parent went for them, many refused to leave. Between 1675 and 1760 there were more than 70 raids on New England villages.

For example, in the attack on the village of Deerfields in 1704, a New England town, fifty settlers were killed. 112 were captured and marched 500 kilometres to Quebec. According to a legend, the cause of the raid was a bell cast in France for a Mohawk mission near Montreal. The bell was placed on a ship bound for Quebec. Captured by English privateers, the ship was sold with all its contents. The bell was bought for the church in Deerfield. Mohawks, French Canadians and Abenakis set out to recapture the bell, and dragged it back to Canada on a sleigh. 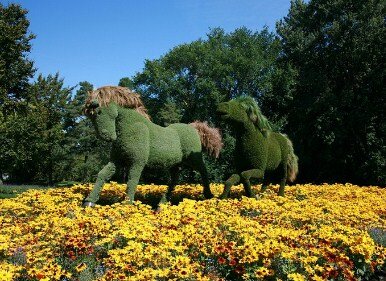