The Saguenay or Saguenay Valley is located in a depression in the Canadian shield, allowing agriculture and human settlement to take place. The relatively small and concentrated Lac St-Jean area can be described as an isolated oasis in the middle of the vast remote wilderness of Northern Quebec.

The Saguenay–Lac-Saint-Jean region contains the Saguenay Fjord, the estuary of the Saguenay River, stretching through much of the region. It is also known as Sagamie in French, from the first part of Saguenay and the last part of "Piekouagami", the Innu name (meaning "flat lake") for Lac Saint-Jean, with the final "e" added to follow the model of other existing region names such as Mauricie, Témiscamie, Jamésie, and Matawinie.  The name is possibly derived from the Innu word "Saki-nip" which means "where water flows out".

With a land area of 98,710.11 km2 (38,112.19 sq mi), the Saguenay–Lac-Saint-Jean is, after the Nord-du-Québec and Côte-Nord regions, the third largest of Quebec regions in the area. Two major watercourses, Lac Saint-Jean and the Saguenay River, bathe the region, both of which mark its landscape deeply and have been the main drives of its development in history. Both the scenery and the cultural sites and activities of Saguenay–Lac-Saint-Jean attract tourists every year. Lac Saint-Jean is a popular vacation destination in the summer for residents of the more urban regions of Quebec. The beauty of the region can be seen in the 1991 film Black Robe, directed by Bruce Beresford.

The population of the Saguenay–Lac-Saint-Jean region was 274,880 at the Canada 2011 Census, representing 3.5% of Quebec's population. It is concentrated primarily in three clusters: the city of Saguenay, the city of Alma and the agglomeration of Roberval, Saint-Félicien and Dolbeau-Mistassini. Saguenay, the region's largest city, is located slightly west of the fjord, mostly south of the river.

Few roads connect with the area from the south and east, and only one road connects from the northwest. No roads go north from the area into the wilderness; the last roads north end just a short distance from the city—still within the Lac St-Jean area. There are no human settlements due north of Saguenay all the way to the Canadian Arctic islands, except for a few isolated Cree and Inuit villages, but a paved Route 167/113 heads northwest to the interior town of Chibougamau, providing access to Western Quebec and subsequently, Hudson Bay. No services are available for the 230 km (143 mi) to Chibougamau from the Lac St-Jean area. 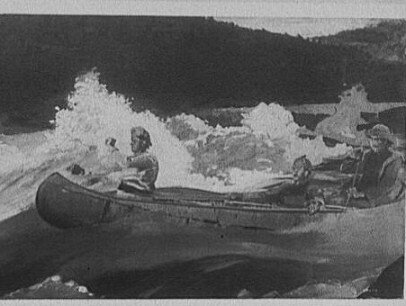 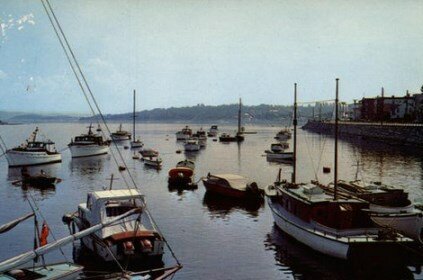 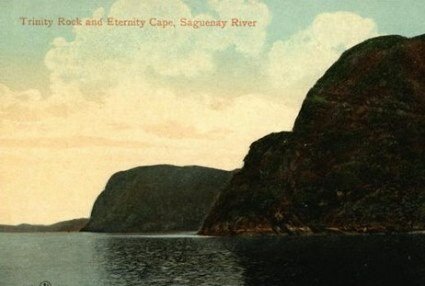 Cape Trinity and Cap Eternity on the Saguenay River. Cape Trinity is formed of three immense peaks and on the summit of the nearest one stands the famous statue of our Lady of the Saguenay. Postal card of the years 1930 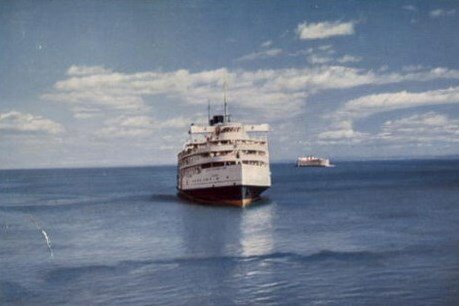 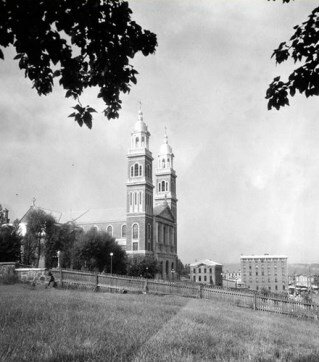 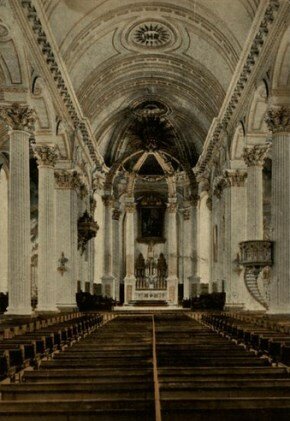 Paper Company of Chicoutimi in the 1930ies, postal card 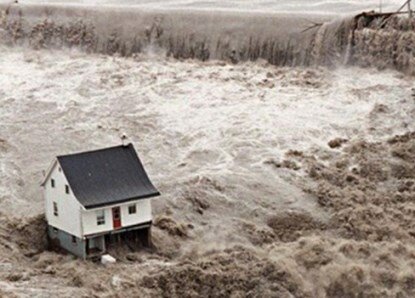 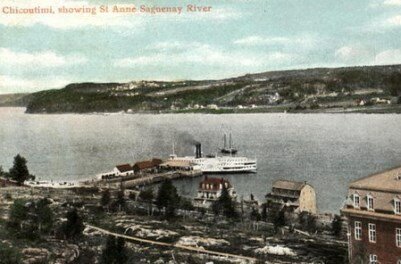 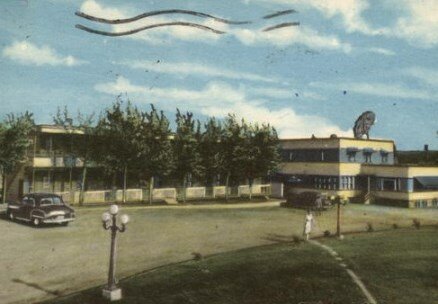 Parasol Hotel, Motel and Cabines in Chicoutimi in the 1950ies, postcard 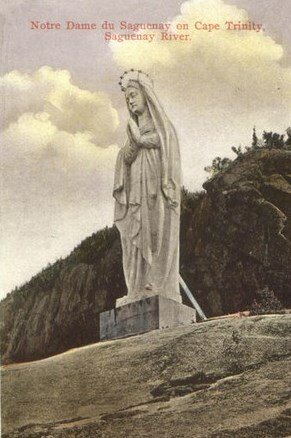 The statue of Notre Dame du Saguenay on Cape Trinity, Saguenay Fjord, was erected in 1881 by Charles Napoleon Orbital who was suddenly struck with an incurable disease on one of his voyages up the river. He made a vow that he would erect a statue in honor of the Virgin if he lived ten years longer. After the time elapsed, he kept his promise. The statue is 25 feet high with an outer covering of heavy lead. Postcard of the 1920ies

Eternity Cape on Saguenay River. Cape Eternity is the highest peak on the shores of the Saguenay River, reaching a height of 1,800 feet above the level of the sea. Eternity Bay at the foot of the Cape is about one mile long and one mile wide and approximately forty one miles from the mouth of the River. Post card of the 1920ies 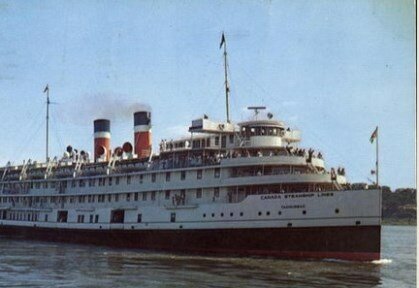