Economy and immigration of the Northern Shore

The Cote-Nord (Northen Shore), with its 95,609 sq mi is the second largest administrative region by land area in Quebec, after Nord-du-Québec Région.

The Northern Shore covers much of the northern shore of the Saint Lawrence River's estuary and the Gulf of St Lawrence past Tadoussac.

At the 2006 census it had a resident population of roughly 96,000 inhabitants. The region's economy is based mainly on mining, lumbering, aluminium production, fishing and tourism. Besides, Côte-Nord's fourteen hydroelectric dams, notably the Manicouagan-Outardes complex, including the largest multiple-arch and buttress dam in the world, Manic-5, supply Hydro-Québec with over 10,000 megawatts of power.

The Northen-Shore Region is known as a resource region with an economy dependent upon the extraction and primary processing of resources. The region produces 30 % of Québec’s aluminium, more than 35 % of its mineral shipments, about 30 % of its electrical energy, 20 % of the value of all its fish products and about 15 % of its forest products.

The region boasts the highest export rate in Québec, equal to more than 78 % of its regional production. The proportion of jobs in the Northern-Shore Region’s primary sector is roughly four times that of the whole province (10.5% and 2.7%).

Employment in the secondary sector, specifically the processing of natural resources, is more than three times that for all of Québec (13.7 and 4.0). Several communities are represented in the region. Immigrants come mainly from France, Italy, the United States, China and Haiti. These immigrants are sponsored persons, refugees, skilled workers and business people. 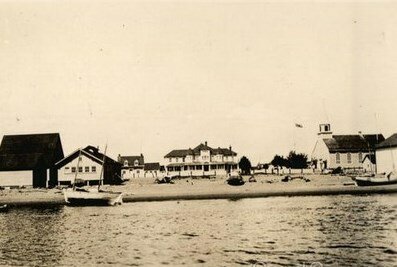