In the new millennium, globalization and multiculturalism mean increasingly common interaction between cultures.

However, since there are differences between the ways different cultural norms and regulations structure communication and ethics the process presents some challenges such as code switching, intercultural cooperation, language intelligibility and ethical judgments. As Genesee & Bourhis (1982) explain, code switching refers to employing more than one language during the same conversation, an issue important to bilingual Quebec. Important factors are situational norms, differences in sociocultural status, ingroup favoritism that sometimes persists despite impending communication, and speech accommodation patterns, mainly convergence and divergence.

Convergence and divergence mean adapting to, or distancing oneself from, the other’s person speech, respectively. Convergence is perceived as being associated with more positive feelings and promotes intergroup harmony. To support these claims, the researchers conducted two studies examining the reactions of English Canadian and French Canadian subjects to interpersonal interactions between a salesperson and a customer (portrayed by actors). Matveev & Nelson (2004) define the cross-cultural communication competence model. The authors state that the model rests on four pillars: interpersonal skills, team effectiveness, cultural uncertainty and cultural empathy. In the first group of skills are avoidance of ethnocentrism, familiarity with the other culture, ability to agree to disagree, and effective misunderstandings’ resolution.

Team effectiveness relates to clearly stated team agendas, two-way feedback, constructive discussion, conflict management, and an environment conducive to respect, participation and cooperation. The third item deals with uncertainty, ambiguity and uneasiness. The necessary characteristics are being prepared to change (flexibility) and coming to terms with the situation. Finally, the last group of guidelines proposed in the article, cultural empathy, calls to mind the old wisdom of putting oneself in another’s shoes, seeing the world from their point of view. Other important players were tolerance and multiculturalism. Limaye & Victor (1991) surveyed the literature on cross-cultural business communication up to the 1990s.

Cross cultural business communication gained in importance with the expansion of foreign direct investment and international trade, as the authors state already in 1991, and even more so in the twenty years since with the advent of globalization, outsourcing and greater awareness of multiculturalism within countries. To excel at his or her job, a manager must communicate effectively and since different cultures increasingly interact, cross cultural or intercultural communication is crucial. Culture can be defined in numerous ways, and the article settles on the definition that it is a shared understanding of the world around one, passed on from generation to generation. Until the 1990s, the Universalist view was popular and works on international business communication were scarce. Both cognition and affect are important to effective cross-cultural communication. 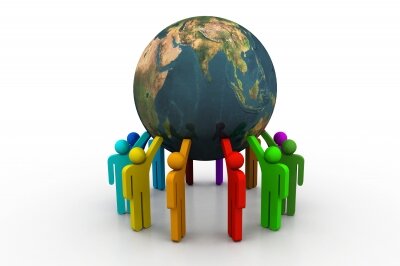 The authors expected speakers to be more understandable to their fellow countrymen, but the results showed that the speaker from the United States provided the most intelligible sample of American English in 9 out of 11 countries. Turning to morality, Whipple & Swords (1992) conducted a comparison of ethics between U.K. and U.S. business students. The evidence exhibited American students as slightly less ethical than their British counterparts, and some gender differences. Unfortunately, the notion persists that in the business world, ethics are at times pushed aside by pressing competition and pursuit of profits. Normally, faced with a difficult ethical decision, a person is guided by their internal set of beliefs and behaviors.

Previous studies have demonstrated that students tend to regard unethical instances more permissively than professional businesspeople, which contributed to the American Assembly of Collegiate Schools of Business to incorporate clear requirements for ethics in the academic curriculum of accredited business programs. Wines & Napier (1992) define ethics as “the systematic application of moral principles to concrete problems” and stress that while moral standards can be similar, their application may differ (831).

Further definitions include cross-cultural - two or more cultures - and multicultural - several cultures. In their paper, the issue of moral relativism is also raised; the assertion being made that social progress is only possible with universal agreement that certain values are preferable to others. In conclusion, the model conceptualizing cross-cultural ethics they outline rests on five elements: moral values, ethics, culture, managerial values and religion.

The studies and review paper outlined above show some of the breadth that cross-cultural communication and ethics inquiries represent. Academic research and theories no doubt contribute to knowledge and understanding, but the application of the principles to everyday life is where the real test lies. Hopefully, the results of this ongoing global study will be of a very positive nature.