Generally, it’s a semi-commercial establishment, and like the name implies, sugar houses are small cabins or series of cabins, where sap is collected from sugar maple trees and boiled into maple syrup.

Sugar cabins are often found on the same territory is the sugar bush that is intended for cultivation and production of maple syrup by way of craftsmanship. The utmost exploitation of sugar shacks roughly covers the period from late October to early April, when maple sap becomes available.

Historically, sugar houses were a tradition introduced to New France by settlers of Swiss and Normand origin throughout the 17th century, but they became popular in the beginning of the XIXth century. Their purpose was the production of delicious and warming syrup for trade or sale, and for personal use during the cold months of Winter.

There are a few sugar houses in New Brunswick, New Scotland, Ontario, and throughout New England's territory where old sugar cabins can be found on properties belonging to the first settler families. The tradition however remains the only family-related tradition, such as patriarchal crafts, in Quebec.

Today many sugar houses are commercially run and many also offer reception halls and outdoor activities open to the general public during certain months. 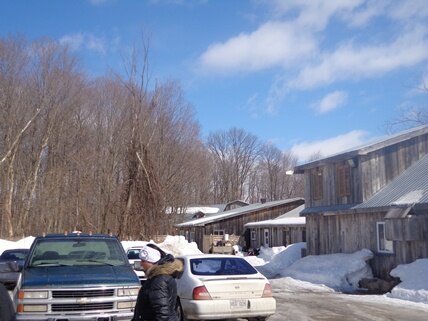 Many of  outdoor activities include sleigh-riding, tours of the grounds, and eating maple toffee made in the house often in front of the clientele. Photo: © Provincequebec.com 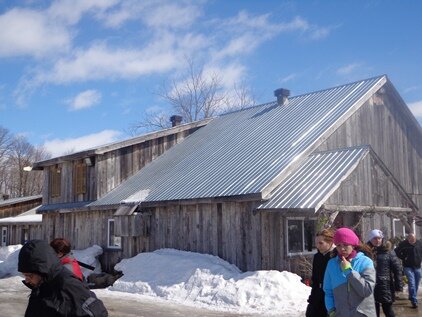 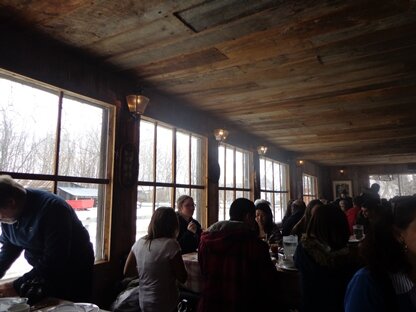 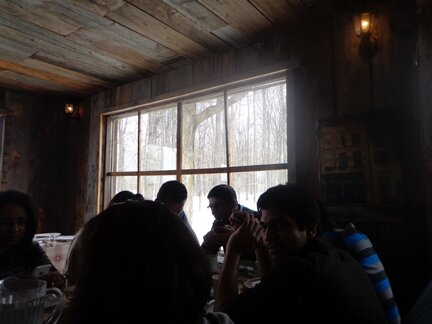 There are also specialties like homemade pickles, homemade breads, followed by desserts like sugar pie and maple taffy on the snow. Photo: © Provincequebec.com 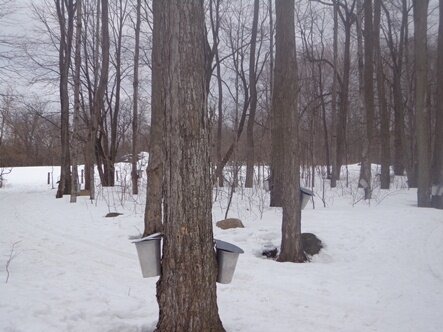 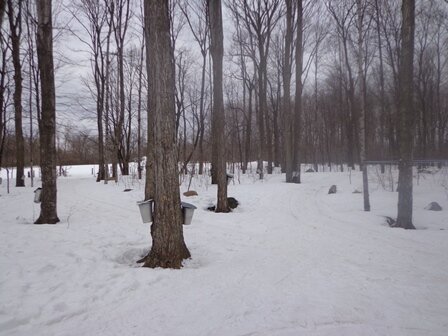 However, at temperatures below 0 Celsius, it is practically impossible to extract the sap, and therefore all efforts are mainly put in the thawing period of early Spring. Photo: © Provincequebec.com 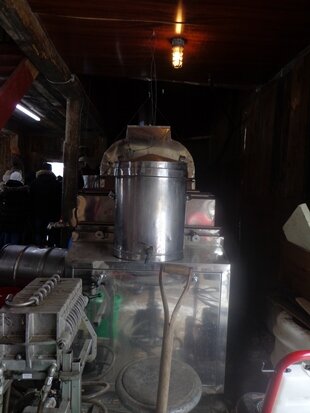 The activity is usually performed during the two first weeks of April, and has since become both an annual celebration of Spring and the connotation of the upcoming Easter (which can sometimes coincide with the said dates). Photo: © Provincequebec.com 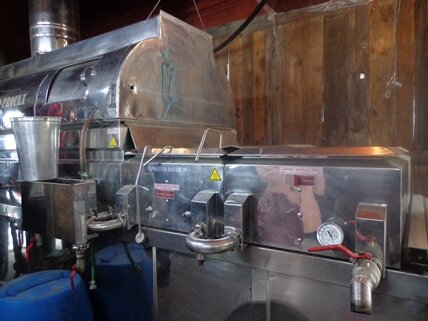 The tradition however remains the only family-related tradition, such as patriarchal crafts, in Quebec. Photo: © Provincequebec.com