The name of the lake derives from Algonquian language. Memphremagog means "very big expanse of water". The lake has 20 islands. The largest of them, Province Island is divided by the border between Quebec and the United States.

In Vermont, three rivers empty into the lake: the Barton, Clyde, and the Black. Memphremagog has faced significant pollution due to a number of chalets, hotels and industries, in the past.

Today, efforts have been made to reduce the polluting effects of discharges into the lake and its tributaries, thus quality of its fresh water has improved. In the middle of the winter, the lake freezes. Well, Lake Memphremagog is known for its reptile-like monster which has received sightings since the 18th century and continues on in the folklore of the area in a similar vein as the Loch Ness Monster. The monster is known as Memphre. 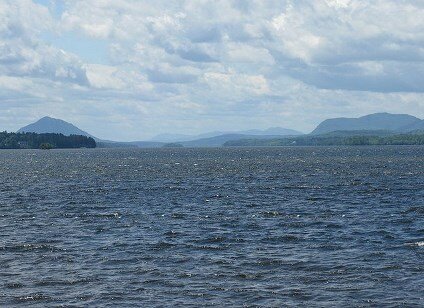