The Rupert River is one of the longest rivers in Quebec. It drains Lac Mistassini and follows 763 kilometres (471 miles) in a twisted course through a series of lakes and across a coastal plain to discharge into south-eastern Rupert Bay (part of James Bay). The Rupert River drains an area of 43,400 square km.

Its major tributaries are the Marten River and the Nemiscau River. The Rupert has a number of large white-water. Paddlers can avoid these rapids by portage routes on the side.

The most impressive falls are the "Oatmeal Rapids" at the James Bay Road. These cascades drop 18 metres or about 60 feet. The other falls, even more impressive, are "The Fours" near the end of the Rupert River. They are 24 m or 79 ft high.

Each year, young Cree must travel up the river to Lake Nemiscau to prove their abilities and courage. The old accompany them in order to avoid serious accidents. Cree have inhabited the banks of the Rupert River for centuries. Explorer Henry Hudson wintered at the mouth of the river in 1610-11. 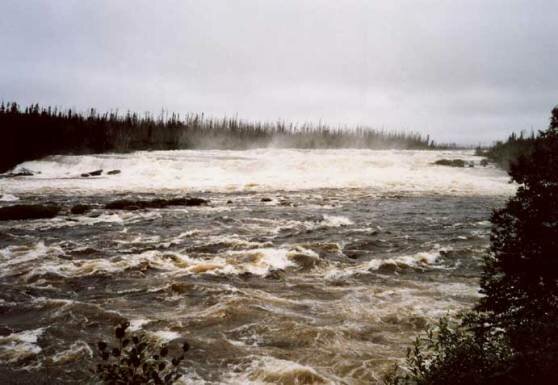 The expedition founded a fort Rupert House. This settlement is the oldest trading post of the Hudson's Bay Company. Later, the Rupert River played a vital role in fur trade.