Longueuil’s heritage sitte, known as Vieux-Longueuil, is rightfully considered as an area of primary importance of the Monteregie region for its historical and patrimonial values.

The heritage site corresponds to the original seigneurial estate, that’s an administrative unit in New France. The site includes the Saint-Antoine-de-Padoue co-cathedral, a major monument dating back to 1885, the Longueuil Convent with its chapel, where Marie-Rose Durocher founded her congregation, and many other buildings. Well, the whole borough stands out for its architectural and archaeological heritage.

To learn more about Longueuil’s architectural and religious heritage, guests can take one of the guided tours of the city. During the summer, there are a number of workshops working in twenty or so disciplines. They appeal to people of all ages and backgrounds.

The schedule of the workshops is very flexible – weekdays, mornings, afternoons, evenings and even weekends. Most of the workshops are held from June to August, mainly at the Centre culturel Jacques-Ferron.

Monument to Charles Le Moyne de Longueuil. The name Le Moyne is one of the most illustrious in the history of New France. Charles Le Moyne de Longueuil et de Châteauguay (1628-1685), soldier, trader, first seigneur of Longueuil, was the founder of this remarkable family ennobled by Louis XIV. His Canadian-born sons, de Longueuil, de Sainte-Hélène, d'Iberville et d'Ardillières, de Maricourt, de Sérigny et de Loire, de Bienville, and de Châteauguay waged war all across North America on the enemies of France by land and by sea, and served Louis XIV with distinction as colonizers and administrators. Photo: © ProvinceQuebec.com 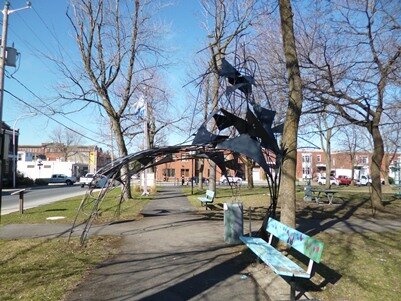 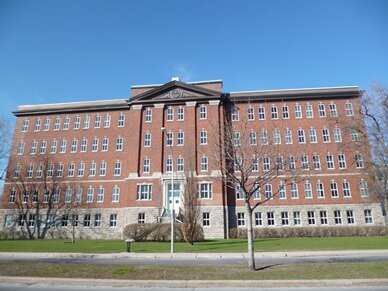