The city of Longueuil is located in the Monteregie region, across St. Lawrence River from Montreal.

It’s large agglomeration that contains more than 380,000 inhabitants. More than 225,000 of them live in so called Longueuil city-centre. Thus, Longueuil is one of the greatest cities in Québec.

Longueuil has more than three hundred years of history. Its history dates back to the very early years of New France, and some of the city’s boroughs possess historical and heritage sites that were among the first settlements on this side of the St. Lawrence. Longueuil is a city that offers a harmonious combination of healthy economic growth, peaceful residential areas and immense areas to be developed. Longueuil has developed a thriving economy, based on cutting edge technology. Numerous attractions await guests in Longueuil.

The city is home to several exhibition sites, such as the Centre of Culture Jacques-Ferron, the Old Parish House St. Mark Centre or the Centre of Plein sud, contemporary arts exhibition and animation centre. Longueuil boasts a multitude of monuments and sculptures.

There are four bridges linking Longueuil to the Island of Montreal:

Longueuil is served by a transportation system operating 70 bus routes with over 3,000 pick-up points and a metro (subway) station linking Longueuil to the Montreal subway. An airport is located in Longueuil. It serves for business and charter flights. 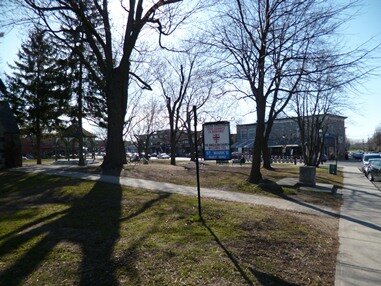 St. Mark's Park has been improved tnanks to the Involvment of many Longueuil denizens. Photo: © ProvinceQuebec.com

A small square near St. Charles Street, with a monument dedicated to the soldiers of the World War I. Photo: © ProvinceQuebec.com 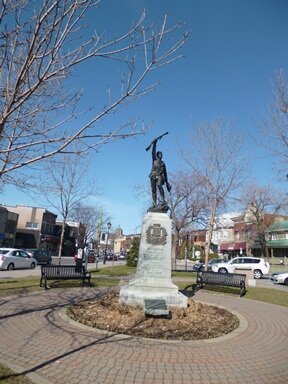 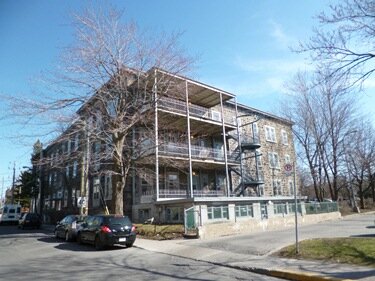 As a result of the religious revival that swept through Quebec in the 1840s, energetic, dedicated women established a number of religious communities devoted to education and social service. In 1843, Eulalie Durocher founded the Congregation of the Sisters of the Holy Names of Jesus and Mary in Longueuil to teach young people. Photo : © ProvinceQuebec.com

The community quickly spread in North America and abroad. Its excellent institutions, such as the famous Vincent-d’Indy School of Music in Montréal, did much to promote cultural development. Photo : © ProvinceQuebec.com