Cap-aux-Os, a lovely community located in Forillon National Park in Gaspesie Region, on the Land's End as the Micmacs called these lands on the shore of the Atlantic Ocean.

From the site, guests get an unparalleled view of the Bay of Gaspe and the surrounding area. They can as well take in the fresh air or hike on the beautiful trails along the coast.

While you're at it, bring your swimsuit and take advantage of the long sandy beach along the Bay, Since 1840 the sandstone and conglomeratic sandstone of the Battery Point Formation quarried in Cap-aux-Os were used as building stone in the Gaspe area. The sandstones have a brown weathered surface and conserve their appearance in spite of the weathering, as shown by the walls of the former Ash Inn in Gaspe.

Whether you choose sea kayaking, canoeing or sailing, you are sure to experience an unforgettable and totally safe guided adventure in Cap-aux-Os whether you’re travelling alone, with a partner, family or group.

Note than Cap-aux-Os Lighthouse was built in 1950 but there have been others on the site since the late 1800s. As to accommodation, whether you are looking for a motel, a chalet or just a house with panoramic view, Au Pic de L'Aurore Village Chalets offers it all on one of the most beautiful natural headland in Perce.

Visitors making the uphill to the Cap Gaspe Lighthouse will be rewarded with incredible panoramic view over Gaspe Bay. A campsite Camping Baie de Gaspe is located near by. It has an access to the national Forillon Park and the Cap-aux-Os beach. 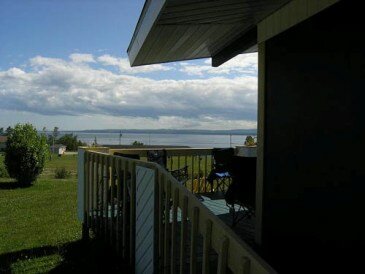