Originally built around the Newport River, the town of Chandler used to be known as Pointe-au-Genievre (Genievre is the French word for Juniper).

In 1855, when American loyalists settled in the area, they named it Newport, honoring Mr. Newport, the British navigator. The city of Chandler became a maritime port in 1912 when Mr. Percy Milton Chandler, a Philadelphia manufacturer, decided to build the first pulp and paper mill in the Gaspe region at the opening of the Grand Pabos River, so he made the city change its name.

Today, Chandler is a rather big town by Quebec standards: its population amounts to eight thousand people. Chandler’s major industries are fishing, pulp and paper manufacturing, and shipping services from the impressive deep-water wharf giving access to the Gulf of St-Lawrence.

Chandler is a main transit artery for the commerce of the Gaspe region. Its industrial park covers an area of 17 million square feet and is serviced by a railway system. A commercial and industrial airport is located near Chandler, providing charter and regular flights. Chandler offers a variety of services of government and health nature.

The Chandler’s regional hospital is very well known in the region. Unlike in the rest of Quebec and Canada, one can effortlessly find affordable housing in Chandler’s area. Newcomers enjoy the benefits of the ocean, beaches, forests pedestrian trails, golf courses, marinas, VTT trails, camping grounds, lakes, and rivers.

Chandler is indeed a paradise for those who enjoy hunting and fishing (salmon abounds here). Visitors and residents also enjoy the wilderness surrounding the town. Besides, Chandler is seasonal stop-over for the ferry-cruise traveling between Montreal and the Magdalen Islands. 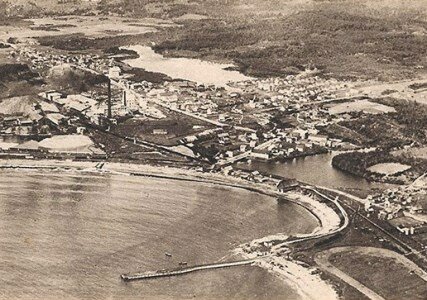