The beautiful municipality of St-François-de-Pabos or simply St-François is located on the shores of the Baie-des-Chaleurs.

St-François was founded in March of 1929. Its current population is composed of about 700 citizens. Today St-François is a district of the city of Chandler.

A magnificent crystal-clear salmon Petit Pabos River flows through the centre of the village. Its name of St-François comes from the name of the first feudal lord in the area: Jean-François Lefebvre, who established the first fishery which produced salted cod. St-François de Pabos occupies an area of almost 45 km² in the southern part of the Rocher-Perce County, at about 30 km from Perce.

Its territory is delimited by Pabos, Chandler and Grande-Rivière.A lovely municipal park is situated near the city hall. An hiking trail follows the Petit Pabos river around the Giroux Bridge area as well as a VTT trail. 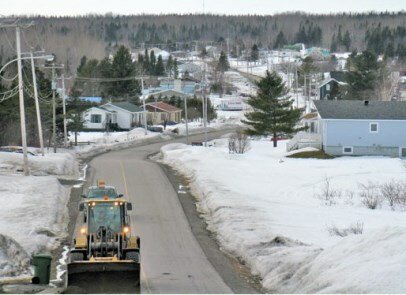