La Haute-Gaspesie County is sure to charm nature lovers. The area region is located in a unique environment near the Chic-Chocs Mountains, with peaks of over 1000 meters. On the other side you can see the St. Lawrence River and over 130 kilometres of coast. La Haute Gaspesie County was created in 1981.

In the beginning it was given the name of Denis Riverin in memory of the lord who was granted land at Cap-Chat, Ste-Anne, Madeleine and Mont-Louis Rivers in the early 17th century. Denis Riverin, a merchant and fishing administrator, played a major role in the region's history as he was the only trader to have owned four lordships in the territory. The Haute-Gaspesie is located in a large region of Eastern Québec.

In the administrative plan, it belongs to the Gaspesie - Iles-de-la-Madeleine region. It includes 9 administrative units divided into 8 municipal communities, including two cities and the Non-Organized territories. The Haute-Gaspesie is bordered to the west by the Matane County, in the east by the La Cote-de-Gaspe County and the south by the Bonaventure County. The Haute-Gaspesie extends nearly 138 kilometres and covers 5 126.8 square km. Its geographical position presents a particular significance for tourism, as it is located at the northern entry of the Gaspesie Peninsula, the gateway to the Park de la Gaspesie.

In November 1999, the community asked the Ministry of Municipal Affairs and the Metropolitan Area to modify the name in an attempt to represent the territory more effectively and to reflect the character of the area, including having the highest mountain ranges in Québec, such as Jacques Cartier Mount, Richardson Mount, Albert Mount, the St-Lawrence and the many tourist attractions within the territory. Thus Haute-Gaspesie was retained to be the new name.

The Local Center of Development - CLD of the Haute-Gaspesie is a non for profit organization which mandate is to stimulate the economic growth of the Haute Gaspesie Region, to elaborate strategies for entrepreneurship and to rally the contributors in the sectors of culture, tourism, industry and commerce.

The industrial development team of the CLD plans, coordinates, and carries out activities to help promote industrial investments and manufacturing jobs in the area. Via the Local Centre of Development, it is possible to plan your holidays within the region. 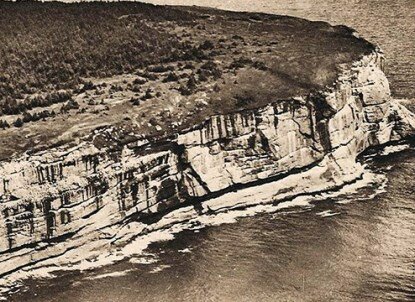