Trois-Rivieres City (population of about 130,000) is located in the Mauricie administrative Region at the confluence of the St-Maurice and the St Lawrence, halfway between Montreal and Quebec City.

In fact, the name of the city meaning “Three Rivers” reminds us that the St-Maurice River, which is divided by two islands at the river's opening, has three mouths at the place of its confluence with the St. Lawrence River. The city was founded in July, 1634, by Sieur Laviolette, and it was the second permanent settlement in Canada, founded 26 years after the founding of the future Quebec City. The Forges du Saint-Maurice, the very first Canadian foundry dating back to the 1730s, was founded here.

Due to its important strategic position, Trois-Rivieres was scene of battles during the Seven-Years-War and during the American invasion in 1775. In 1608, the greater part of Trois-Rivieres was destroyed by a fire. Unfortunately, almost all original buildings were destroyed. Only a few were spared by the fire, including the Ursuline Monastery and the De Tonnancour Manor.

Actually, Trois-Rivieres City is a large agglomeration created in 2002, when six smaller historical towns merged, namely Cap-de-la-Madeleine, Pointe-du-Lac, Sainte-Marthe-du-Cap, Saint-Louis-de-France, Trois-Rivieres and Trois-Rivieres-Ouest. Tourists find the city enchanting. Its main street is Boulevard des Forges, located in the heart of the Old City and composed of century-old buildings. The area is home to a many cafés, restaurants, bars, and boutiques.

During the tourist season, the down-town area is closed to traffic and transformed into a pedestrian mall to accommodate festivals and other events, including the famous Festival of Poetry. Trois-Rivieres is also home to an internationally known racetrack which hosts American Le Mans series, NASCAR Canadian Tire Series, and the Formula Atlantic events. Other main attractions include the Ursulines Monastery, Notre-Dame-du-Cap Basilica.

Well, the whole Old City of Trois-Rivieres is considered a heritage site of Quebec since 1964. The FestiVoix de Trois-Rivieres, a 10-day summer music festival, is held here as well. The Quebec Museum of Folk Culture (Musée québécois de culture populaire) merits a visit, as well as the Old prison of Trois-Rivieres (Vieille prison de Trois-Rivières), and visitors can serve a one-night sentence, upon reservation. In 1969, the University of Quebec at Trois-Rivieres was open. The university is well known for its chiropractic school, its podiatric medical education and its programs for primary and secondary school education. Trois-Rivieres is the economic hub of the Mauricie region.

It was known as the pulp and paper capital of the world for many years. The city's industries include metal transformation, electronics, thermoplastics, as well as the production of food crops. An industrial park adjoining Trois-Rivieres Airport serves as a major centre for the aeronautical industry. 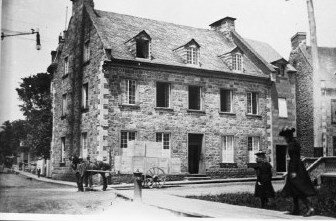 Notre-Dame Street around 1900. In this house, Le Journal de Trois-Rivières was printed. Father Mailhot made cigars here, while the building next door was a boarding house. 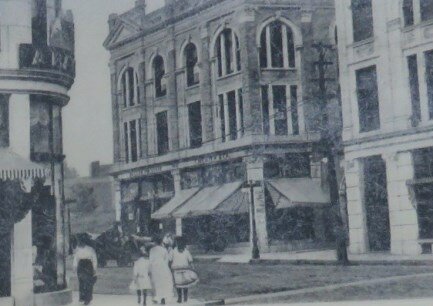 Notre-Dame and des Forges streets had buildings with remarkable architecture. This photograph dates from 1910. 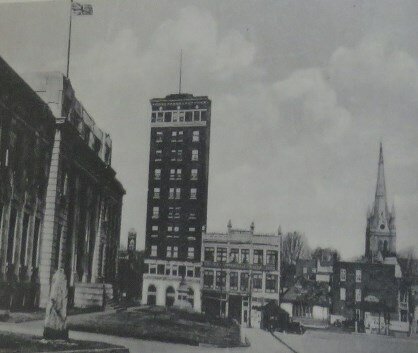 Rue Notre-Dame, across from the post office, around 1935. The first skyscraper of the city, the Ameau Building, and one of the first gas stations. 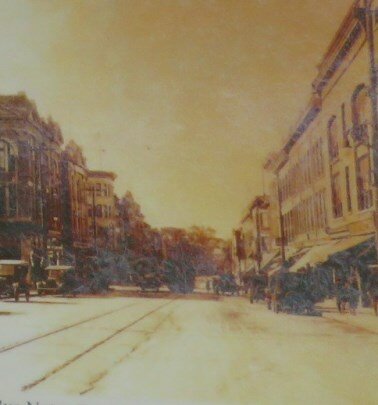 Rue Notre-Dame looking west in 1929. In the Gelinas Brother workshop, they made wooden utensils. 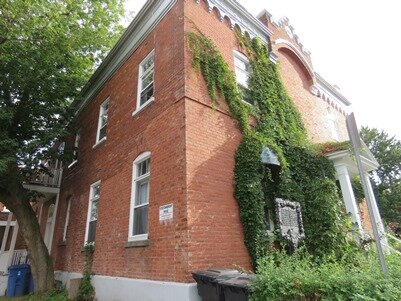 Médard Chouart, Sieur des Groseilliers (1625-1698), brother-in-law to Radisson had his home here. The Hudson Bay Company owes its existence to these fearless explorers. 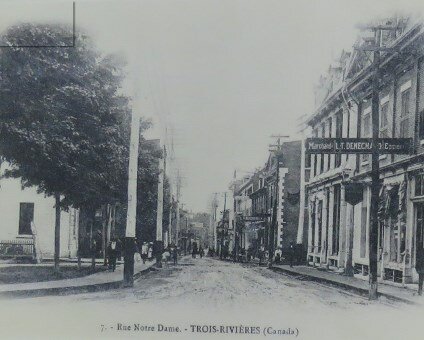 Rue Notre-Dame, near rue des Forges, around 1928. At left, the old post office. Trois-Rivieres resembled a little European town before the 1908 fire.In the background, the Lasalle Academy, today replaced by the Capitanal Building. 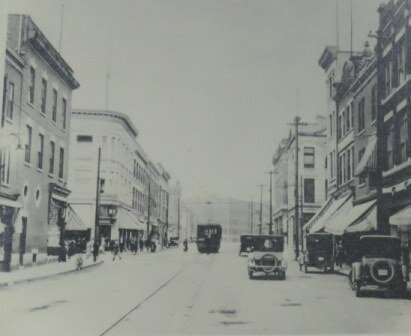 In 1915, a public transport system using trolley cars was installed to meet the needs of workers. Fare: 5 cents. The trolley made its last trip in 1933… 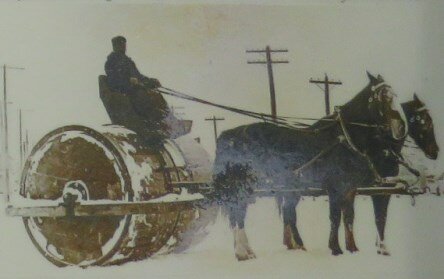 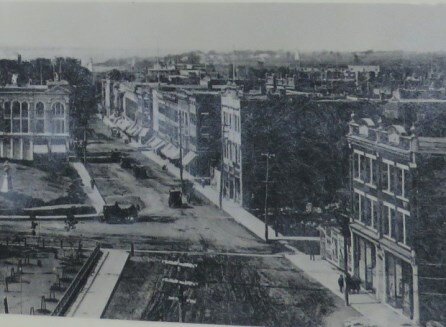 This photo, which dates from 1910, shows how quickly the city was rebuilt after the fire of 1908é At left, the site of the parish church and post office. 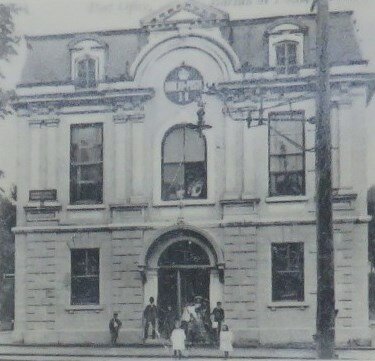 Stagecoaches provided the first mail service between Montral and Quebec City. The first postmaster took office in Trois-Rivieres around 1763. The current post office, which dates from 1916, replaces the onw which burned down in 1908.