Anahareo, or Gertrude Bernard was born in Mattawa, Ontario, on 18th June, 1906.

Anahareo’s grandmother used to live at Oka, near Montreal. She married her grandfather there and the couple made their way west to Ontario. Eventually they started a new life in the Mattawa area.

Gertrude lived in Mattawa until she was 19. Her mother died when she was four, and she was raised by an aging grandmother and other relatives. She learned to love the woods from her father who was a bushworker, and who taught her snowshoeing, maple syrup making and other skills. Her grandmother also taught her many traditional skills, including making leather clothing and accessories and doing beadwork.

Gertrude was bored by school and skipped a lot. She had her own little hideaway in the woods. She taught the boys lacrosse and in the summer went swimming with them, which was frowned upon in those days. 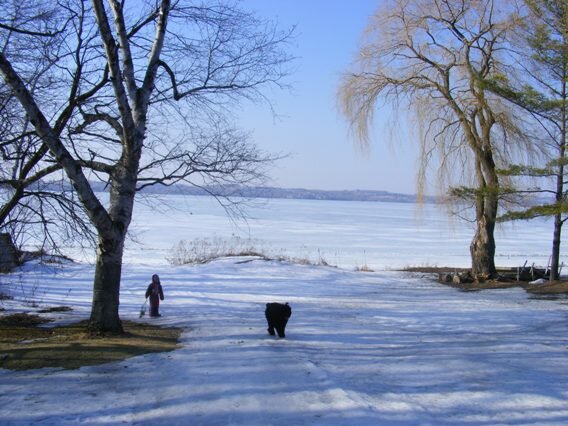 When Gertrude was 19, she got a waitressing job at the Wabikon Resort in Temagami. There she met Angel Belaney, the wife of Archie Belaney, known as Grey Owl. Archie eventually sent her an invitation to join him on his new trapping grounds in Quebec.

For the next 11 years, their life together was a joy and a struggle. Grey Owl found that Gertrude, who was half his age, was not the silent partner he wanted. She insisted on going on his trap line with him, but she convinced her husband that he should change his way of life. The couple adopted two baby beavers that became the start of their famous conservationist careers.

Archie began to write articles, give lectures and write books. Soon he became known throughout the world as Grey Owl the famous Canadian Indian. Even though he was 100% English. Gertrude encouraged and helped him.

Nevertheless, Gertrude wanted a life and career of her own. She became pregnant in 1931, and their daughter Dawn was born in 1932, but by late 1936 Grey Owl and Gertrede separated permanently. Its beleived that Grey Owl’s passion for writing was a major factor in driving Gertrude away, but it also immortalized her in his works. Two years later, in 1838, Grey Owl at the age of 50. His books are published till today.

Curiously enough, Gertrude - Anahareo - as everyone else- thought Grey Owl was an Indian, but the North Bay Nugget announced shortly after his death that he was an Englishman who had arrived in Temagami when he was 17. Gertrude later re-married and had two other daughters.

Over the 50 years following her separation from Grey Owl, Anahareo was very active in the conservation and animal rights movement. She continued to champion the rights of wild animals.

She received considerable recognition for her work. She was admitted into the Order of Nature of the Paris-based International League of Animal Rights in 1979. 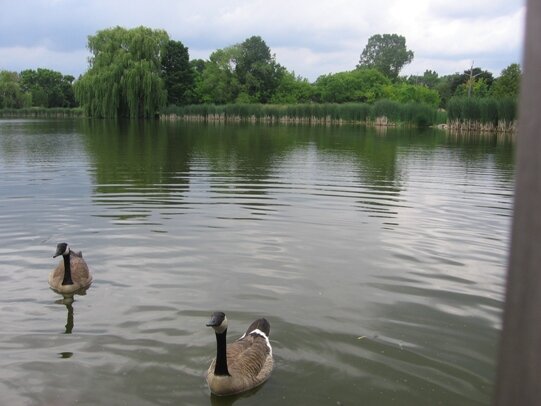 In 1983 she received the prestigious Order of Canada. Anahareo died at Kamloops, British Colombia, on 17th June, 1986.

In 1940 Gertrude, using the name Anahareo that Grey Owl had given her, wrote her first book called My Life With Grey Owl. In 1972 she wrote the best-seller Devil in Deerskins. Gertrude and Dawn’s ashes are spread at the Beaver Lodge in Prince Albert National Park in Saskatchewan near a monument to Grey Owl.

The Mattawa Museum has a display about Gertrude’s life.