Pontiac is the distortion of the name of a great man, Obwondiag or Obwondiag, who was the chief of the Ottawas tribe and supreme head of the Algonquin Confederation of the Great Lakes. He devoted his life to the amalgamation of the American Indian nations. He was born in Ottawa village on the Detroit or Maumee Rivers, and he was elected chief of the Ottawa people in 1747.

From 1754, Pontiac joined the French during the Seven Years war. He took part in the French and Indian expedition in July, 1755 and in a few other battles. Since 1760, he was the head of a great Indian rebellion against the British. The war began in May 1763 when Pontiac and 300 followers attempted to take Fort Detroit.

His plan foiled, but Pontiac laid siege to the fort. The war expanded far beyond Detroit. In July 1763, Pontiac defeated a British detachment at the Battle of Bloody Run.

On the 27th of April, 1763, he had to hold a large council about 10 miles below Fort Detroit which is now known as Council Point Park in Lincoln Park, Michigan and decided to withdraw to the Illinois County after the failure to capture Fort Detroit, Pontiac withdrew to the Illinois Country. On 25th of July, 1766 Pontiac met with the British superintendent of Indian affairs Sir William Johnson and formally ended hostilities.

In 1768 Pontiac was forced to leave Ottawa village, where he lived and the next year, he was murdered at the French village of Cahokia on the 20th of April.

The Pontiac County and the municipality of Pontiac in Quebec are named after him. Pontiac is also the name of a prestigious automobile brand. 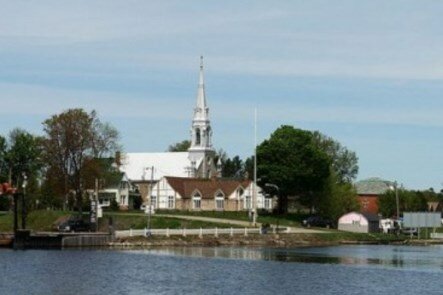