Dating back to pagan times, Halloween is one of the world’s oldest holidays. Today, it is celebrated more than ever before for a simple reason: it is fun for young and old alike!

The origins of the day go back to between 1000 and 100 B.C. The Druids celebrated the new year when Baal, the Celtic god of Spring and Summer, went to rest after the harvest. It was also when the Lord of the Dead, Samhain, came back to reign. It used to be the time to hallow and venerate the dead.

The festivities began on the eve of November 1, when the souls of the departed presumably revisited their old homes to comfort themselves with food or drink provided by their relatives. The Druids believed that the dead would play tricks on the alive and cause panic and destruction. To appease the ghosts, the people would offer them food: “Trick or Treat!”

As for costumes, from earliest times people wore masks when disasters struck believing that the demons would become frightened off. Eventually, it became a children’s game of scaring the neighbors, who would offer “treats” to visitors. 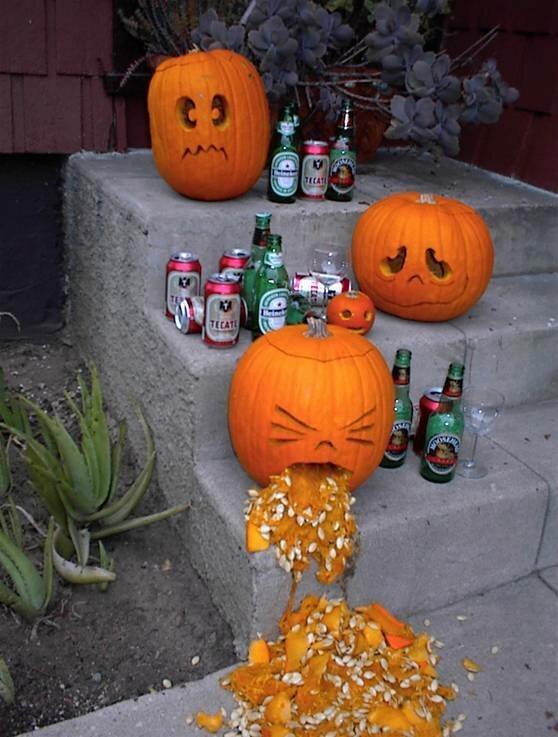 Halloween celebrations in Quebec began with the arrival of Scottish and Irish immigrants in the 1800s. In ancient times, Irish children used to carve out potatoes or turnips and light them for their Halloween gatherings. When the Scotch and the Irish came to the North America they found pumpkins, which made a perfect Jack-O’-Lantern.

In Quebec, children also go door to door on Halloween. In French speaking neighbourhoods, however, instead of “Trick or treat?”, they are more likely to simply say “Halloween”, though in tradition it used to be La charité s’il-vous-plaît (Charity, please).

Quebeckers and guests of the province celebrate the holiday joining the numerious parties and Halloween events such as The Great Pumpkin Ball at the Montreal Botanical Garden; The Halloween Fright Fest at La Ronde; and even participating in the Ghost Walking Tours in Montreal (www.ghosthaunts.com/montreal_ghosts.html) and the City of Quebec (www.ghosttoursofquebec.com).