The Latin American community is very present in Montreal. As with many nationalities, people from the same countries sometimes tend to cluster and it is traditionally believed that many South Americans live around the Saint-Michel and Park Extension areas. Perhaps, but many Peruvian (Wellington), Mexican (St-Denis, St-Laurent, St-Catherine), and Colombian (Rachel) restaurants are found throughout the city. There are several community newspapers printed in Spanish, and many shops on Plaza St-Hubert employees overtly speak the language.

Montreal dancing places with a Latin flavour include Salsatheque, Enigma, Copa Cabana, 6/49, and Cactus. Manhattan and Tuesday nights in Extreme on Crescent also used to be Spanish night; then, the limelight shifted to Mumba on Wednesdays in Laval. Did you know that Charlie Sheen has Latin heritage? As can be seen from Madonna’s La Isla Bonita, the musica latina, just as the proverbial Latin lover, is a popular theme. In the summer, in Montreal, there is the Festival del Merengue. In some years (i.e. 2009) it is at the Jarry Park.

An old recording from the start of Beyonce’s career, perhaps even before her group Destiny’s Child ever came into formation, shows the diva singing in Spanish. Elvis Crespo’s Suavemente was heard by most who spent a summer in Montreal in the late 90s. A pick from the classics would be Besame Mucho by songwriter Consuelo Velazquez.

Beloved Mexican American singer Selena was assassinated by an acquaintance in a horrible and complicated ordeal. Jennifer Lopez became famous in part thanks to her role in the movie Selena, where se played the singer. On television, the Puerto-Rican (J. Lo) beauty explained that before she got the role, she looked at the hundreds of girls around her and told herself that she must get it. She has since starred in many productions and released many singles and albums. She married salsa king Marc Anthony; they have twins together and throw star-studded parties. They made a movie together about Hector Lavoe, a movie that apparently really parallels these two people’s lives.

Celia Cruz was an icon of the Spanish world, with such songs as La Vida es un Carnaval, heard in the neo-noir Mexican movie Amores Perros. Thalia sang Amor a la Mexicana and Gloria Estefan Mi Tierra. Lhasa de Sela was a part Mexican-Lebanese-Jewish American singer who moved to Montreal at the tender age of 19. 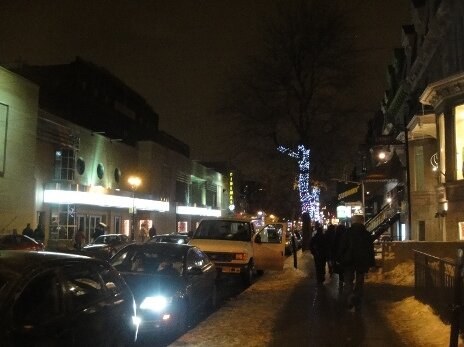 Christina Aguilera (mixed heritage: Ecuadorean, German, Irish, Welsh and Dutch) often sang in Spanish, while Shakira, who is originally from Colombia, has many Spanish albums. Shakira was the voice behind Waka Waka, the official song for the 2010 FIFA World Cup in South Africa. Ricky Martin (La Vida Loca - end of 1990s) came out as gay around 2011.

Enrique Iglesias, son of adored Julio Iglesias, made a video for Escape with Russian gorgeous tennis player Anna Kourniova. The blonde athlete should not be confused with fabulous Mariya Sharapova.