Taplin (2007) examines how globalization has affected the American movie business hegemony. With the millennium cross over, despite the Y2K scare, the US economy transitioned from the industrial to the information age. The author seems pessimistic about American movies’ popularity abroad, predicting hostile competition from Russia, Asia and Latin America. Although one can see how, in the case of never-ending soap operas, one fails to comprehend the appeal of gruesomeness in some particular Brazilian and Korean movies that come to mind. Bollywood (Indian film industry) produces over a thousand pictures per year.

The earliest cinema (1900-1917) is associated with Thomas Edison and the Melies brothers. Early cinema in general is characterized by creativity suffocated by perfect monopolists (recall that economically a monopoly has greater power since it is the only supplier). Since the very start American, but also French, films were popular. As pointed out by the author, translating a film cost less because no sound was involved. During world wars and consequent territorial constraints, American cinema’s domination was unchallengeable.

Stardom is associated with Hollywood, but Ravid (1998) looked at the issue more closely and said that actors’ having what is called starpower is a bit of a vicious circle since a renowned actor signals that the movie must be good. An alternative view is the rent capture hypothesis, according to which stars receive their marginal value. Although as a general heuristic, the more stellar the cast, the better in terms of revenues, actors’ salaries and production companies return on investment (ROI) will be looked at differently. The univariate analysis proved that stars increase the projects’ profits. However, the researchers carried out a regression analysis and found that only the size of the budget but not celebrity status of cast members mattered in securing profits on filmmaking. Still, ROI was better for motion pictures with small, restricted budgets, adding support to the rent capture hypothesis.

Cinematography is fascinating. Since its inception, the techniques have greatly changed but the properties have remained untouched: films are entertaining, informative and creative. Directors and producers are directly involved in the industry. Some of the most famous movie directors include Stephen Spielberg (E.T. The Extraterrestrial, Men in Black, Schindler’s List) and George Lucas (Star Wars, Labyrinth, Twice Upon a Time); they collaborated on Indiana Jones. Other notorious directors are Sofia Coppola (Lost in Translation) and her father Francis Ford Coppola (The Godfather trilogy featuring prominent actors such as Marlon Brando, Al Pacino and Andy Garcia). Luc Besson produced the Fifth Element with Bruce Willis and Milla Jovovich, his now ex-wife. Years later, the former supermodel is still posing for Escada in 2010 and despite a busy schedule, raises a daughter with husband Paul W. S. Anderson. Guy Ritchie directed Snatch with Brad Pitt and Lock, Stock and Two Smoking Barrels. The director was married to Madonna for eight years.

The divorce was difficult for the diva, who had to give her ex-husband millions in the separation. Rumour has it that he is still in love with her… Quentin Tarantino has been quoted as designating Uma Thurman, the daughter of a Swedish model and psychotherapist, as his muse. She was present in Kill Bill volumes and Pulp Fiction; other notable Tarantino films include (Reservoir Dogs, Jackie Brown, and Inglorious Basterds with Brad Pitt). His collaboration with long-time friend and fellow director Robert Rodriguez (Machete, Once Upon A Time in Mexico, From Dusk Till Down) resulted in Sin City and back-to-back features Planet Terror and Death Proof. Tarantino has explained that the two level motion picture was a good representation of the slasher style.

From the above paragraphs, it seems clear that directorial collaborations are delightfully fruitful. What’s more, all the cinema venues, related merchandise, DVDs, and royalties create jobs and stimulate the economy. 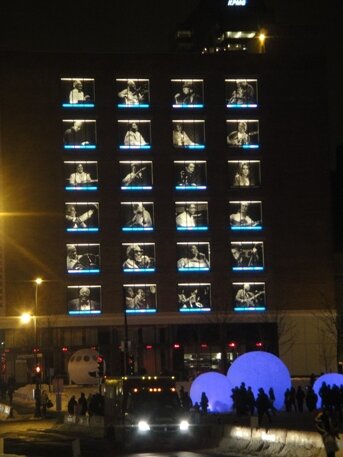