Lady Gaga, born Stefani Germannotta, is of Italian descent and attended the same Catholic school as the Hilton sisters (Paris and Nicky Hilton, heiresses to the Hilton Hotels & Resorts empire).

She has nothing but praise to offer when she remembers the Hiltons during her high school years. The idiosyncratic musician has a sister and is very close to the women in her family. She also loves her fans. After a show in France in 2010, the singer threw both her Armani custom made shoes to her Little Monsters (that’s what she calls her fans, while dubbing herself Momma Monster) as a Christmas present.

In 2010 Lady Gaga has been named, for the second time since her debut, Entertainer of the Year. Needless to say, this talented pop artist stole the spotlight. She has shocked, delighted, impressed and outraged many with her music, actions and extravagant wardrobe.

So much so, that in 2010, not only one, but seven, Lady Gaga wax figures were unveiled at the famous Madame Tussaud wax museum. Her costumes have been the most surprising, perhaps, of all artists. She wore a meat dress, a metal dress, in her video for the hit Bad Romance she has a scene with gigantic eyes, some of her shoes have such a high platform that she even tripped (fortunately she was fine), and so on. Her outfits are so poignant that together with Snooki’s, they were some of the most popular Halloween costumes in 2010. Nicole Polizzi, better known by her nickname Snooki, is one the stars in reality show Jersey Shore.

She was parodied as the ‘smoosh smoosh monster’ in South Park, a sarcastic cartoon intended for mature audiences. Graciously, the starlet took it very well, posting a jubilant response on her Twitter account. Wondering about more intimate details, Lady Gaga has been single since she first graced world screens and showrooms.

Although some religious officials have denounced her as promoting lasciviousness, she herself preaches celibacy, saying that it works for her, and to paraphrase, that her career will never wake up one morning and suddenly realize that it does not love her anymore. The singer has been called the Madonna of the 21st century, and the queen of pop, sometimes referred to as Madge presumably for majesty, has responded by assuring everyone that she is a great fan of Gaga. The two were involved in a playful fight on Saturday Night Live, an American comedy show. 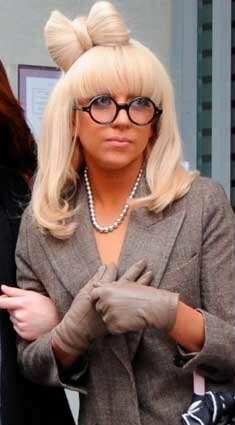 Lady gaga has toured Quebec; she performed at Star Académie alongside a local singer. Star Académie is a popular Quebec television reality show, where contestants compete for a chance at a career in show business. The franchise was debuted in 2003 and was based on its French predecessor Star Academy. Although the Lady speaks French, she was seemingly perplexed and uncomfortable when the host kept addressing her in beautifully pure Québécois French, to which she responded in English. The situation was puzzling, but the fans still had a great time.