Perhaps, in the 2010s, the most important progress driver is informational technology (IT). For instance, computer skills are indispensable to gainful employment.

Computers truly changed the very nature of the environment, but automated systems extend to robots and androids. Turkle (2005) tells how strong relationships between computers and people can be, as the author judges from her job at MIT.

Public awareness has been steadily growing in matters of computer science. Mediatised interest in robotics is seen C3-PO and R2-D2 in Star Wars, Jude Law in A. I.: Artificial Intelligence and Bicentennial Man with Robin Williams. Kamill, a semi-robot from the worlds of the brothers Boris and Arkady Strugatsky’s manuscripts could be a slightly more exotic example.

In the late 00s, the international leaders in android technology were South Korea and Japan. An android is a robot designed to look and act human. Hanson Robotics Inc. were the first to achieve first such prowess in history. Japanese actroids, with the appearance of a typical young woman from Japan, gives the illusion of breathing, blinking and speaking. South Korean second female droid (gynoid) in the world was named EveR-1 after the first woman. EveR-2 can even sing and personify many facial expressions.

Programs are of the utmost sophistication and chatting online with a robotized consciousness can be an unbelievable experience.

Depending on how the machine was programmed, the digital entity does indeed seem to have a conscience. Evidently, the issue was lifted in Star Trek: The Next Generation when Lieutenant Commander Data’s rights are disputed. The morale is that a sentient life form deserves equal rights despite being digital. Isaac Asimov’s three laws of robotics have been cited as partially responsible for Data’s ethical and moral subsystems as well as Will Smith’s I-Robot.

A direction the vastly diversified discipline takes is computational and quantitative psychology. Computer science and psychology are analogous because both somewhat ostracize the mind (Turkle, 2005).

Computers have become so competent that some can now dupe humans. Not only in the way that sometimes the letters in the spam repellent codes is difficult to reproduce despite being a fully human non machine entity, but in the more serious sense that computers can fool people. Despite the surprise that the assertion generated, computer minds have beaten their human counterparts at chess pretty much since the inception of the strategy game in bits and bytes.

Ponsa (2011) writes that computer interface can be defined in terms of its relationship to the loop: human in the loop, out of the loop and on the loop. The three arrangements represent human, controller and supervisory control. No matter how heavily automated a process is, human manual labour is still required for machinery set-up, maintenance and intervention in a non-standard state of affairs. Perhaps, a Skynet (Terminator) dominated future is an unlikely possibility after all… 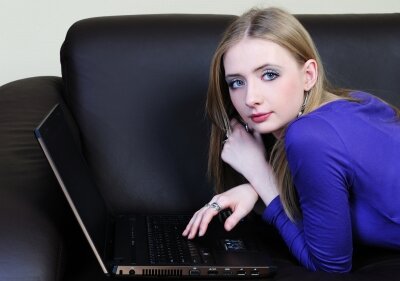