The Diagnostic and Statistical Manual of Mental Disorders is used by psychiatrists, as well as psychologists, although since they are not doctors, psychologists cannot diagnose a patient or prescribe medication. Psychology professionals’ treatment usually consists of cognitive behavioral (“talk” and restructuring) therapy.

As at 2011, the DSM is at its fourth revised version, thus the DSM-IV-TR (the fifth edition appeared in 2013). The DSM-IV-TR is divided into five axes. Axis I states any mental disease, Axis II is for personality disorders and mental retardation, axis III is for general health, axis IV refers to psychosocial and environmental factors, and Axis V is for functioning (on a scale). Since its inception in 1952, the manual has changed many times and now includes substance abuse and eating disorders. All disorders have as a condition that they must cause significant distress to the patient and/or impair his or her functioning in some significant way.

Also, the disorder should not correspond to the expectations of the individual’s culture (e.g. if a person is part of a tribe that ritualistically believes going into trances and seeing mountains dance, a person from that tribe cannot be considered delusional if he or she complies with the norm; this may be a little exaggerated but hopefully it gets the point across). The following information is IN NO WAY SUFFICIENT to allow a diagnosis.

The main positive symptoms include delusions (irrational persistent beliefs in spite of evidence to the contrary) and hallucinations (perception in the absence of stimuli). Negative symptoms include flat affect (inability to express emotions), lack of personal hygiene, social and occupational dysfunction. There currently is no cure for Schizophrenia but antipsychotics and other drugs can help control the problems.

In Major Depressive Disorder (MDD) some of the recurrent signs are low and sad mood that lasts for over two weeks, loss of concentration, feelings of despair or helplessness, changes in weight and/or appetite, social withdrawal, loss of interest in activities previously enjoyed, lack of energy, and dark thoughts. The causes of MDD are often biological and even genetic (people who are homozygous - have two copies - of the short allele of gene 5-HTT are more vulnerable to develop the sickness even given the same stressors as heterozygotes).

The biological explanations stem from the findings that individuals with MDD have a lower production of the neurotransmitter serotonin (feelings of well-being regulator). Consequently, serotonin reuptake inhibitors such as Prozac have been successful, however antidepressants have also backfired in several, sometimes tragic, ways. Depression is almost twice as common in women than in men. Individuals suffering from manic depression (Bipolar Disorder) alternate between days of mania and months of depression. During manic episodes, individuals tend to become promiscuous, reckless, very talkative, elated and prone to overspending. The mood stabilizer lithium is often used to treat this condition.

A writer with Obsessive-Compulsive Disorder (OCD) was portrayed by Jack Nicholson in the motion picture As Good as it Gets. The disorder is characterized by intrusive thoughts, repetitive rituals and unusual behavioral patterns. Phobias are irrational fears that endure despite the patient knowing that they are irrational. Examples include fear of spiders, Arachnophobia, and of public places, Agoraphobia. Agoraphobia can manifest with or without panic attacks. People with Generalized Anxiety Disorder (GAD) tend to worry exceedingly about potential difficulties, in addition to, everyday matters. The primary distinction between fear and anxiety, is that fear is of something confirmed while anxiety is not. GAD is often treated with anxiolitics as well as antidepressants. ADD (Attention Deficit Disorder) and ADHD (Attention Deficit Hyperactivity Disorder) are mainly found in children and adolescents.

The drug Ritalin has usually been prescribed, and has also been abused by students wishing to increase their intellectual performance, a dubious and dangerous practice. A lot of discussion was generated as to whether the disorder is or not over diagnosed. 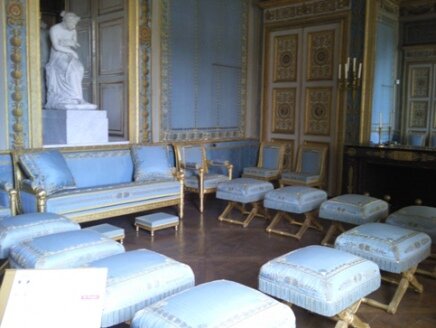 Personality Disorders One of the reasons that personality disorders get their own axis is that there is no cure and that they are not diseases as the previous cases. They are considered to be, in a way, the extremes of the bell curve of personalities in the general population. The fact does not make them any easier for the incumbent or those around him or her. The most vicious is Antisocial Personality Disorder, also called psychopathy. The rest are Paranoid, Histrionic, Borderline, Obsessive-Compulsive, Anxious (Avoidant), Dependent, Passive-Aggressive, Schizoid, Narcissistic, Mixed and Unspecified Personality Disorders (PDs). Persons with Borderline PD tend to hurt themselves, psychopaths others. Narcissistic and Histrionic PDs are characterized by self-centeredness for the former and excessive need to be the center of attention for the latter; Schizoid PDs comprise the attributes of solitude and emotional withdrawal (to an excess).

Mental retardation is usually diagnosed before the age of 18, by severe learning disabilities and an IQ score below 70 points on a standardized test. The condition has many genetic, biological, traumatic and environmental causes. Autism and other developmental disorders would also be coded on Axis II, even in children of normal or high intelligence.

In an attempt to remain concise, the above list is incomplete. Categories such as NOS (Not Otherwise Specified), and descriptive parameters (comorbidity, prevalence, incidence, demographics) were omitted. Likewise, some disorders, such as Schizoaffective, Dysthymic, Conduct and Learning Disorders, have been left out. Moreover, an alternate diagnostic tool, the ICD-10 (International Classification of Diseases, tenth version, published in 1990; in use until eleventh edition is endorsed in 2014) is beyond the scope of the present discussion.