Studies have been done to determine what men and women find desirable traits in the opposite sex. Across the world, gender differences were found. Apparently, men value youth and beauty, while women rate partners’ looks and age as relatively unimportant. Conversely, women place greater emphasis on wealth and status.

Theorists have explained the discrepancy in terms of evolution. Given the much larger and demanding involvement of the human female in procreation than the human male, “sperm is cheap” while “eggs are expensive”. Although offensively blunt and morally repugnant, ensuring reproductive fitness meant for the male to mate with as many partners as he possibly could, while the female had to find the one worthy male who would stick around, protect her and the offspring and provide sustenance and shelter. Thus, the different sexes would have evolved different mating success strategies.

Whether one believes the claim or not, it has been used to excuse cheating behaviour. For example, when award winning actress Sandra Bullock’s husband Jesse James committed adultery, his mistress tattoo model Bombshell McGee stated the evolutionary view to defend his actions.

Other psychological theories of attraction involve beauty. Female beauty has been more often objectified than male handsomeness. The pursuit of the perfect appearance led to suffering on many occasions. In the West, there are young women and teenage girls who starve themselves to attain the impossibly thin ideal. In some African nations, girls are force-fed fatty camel milk in order to fatten them up. Otherwise, they would be considered unattractive. In one disturbing documentary, unwilling children were beaten to ensure the fattening food consumption. The whole is made the more deplorable when an Ethiopian supermodel recalls how she was shunned in her homeland for her (natural) waif looks.

However, there is some universal agreement on what makes a mate beautiful. In global surveys, the main characteristics that came listed for women were skin (clear, smooth complexion) and waist-to-hip ratio. The waist-to-hip ratio is the circumference of the waist divided by the circumference of the hips at their largest. If the ratio falls between 0.7 and 0.9, then such women are rated as the more attractive ones to men. Again, evolutionists cite survival of the fittest. A potential mate with clear skin is more likely to be healthy, while a woman with a particular WtoH ratio is presumably neither pregnant nor unable to bear children.

Body type ideals also exhibit several gender differences. Consistently, men appear more confident about their own bodies and prefer a slightly bigger female body type than women, who tend to fall prey to self-doubt and think that a thinner shape is wanted than actually is. Both sexes like symmetric facial features. 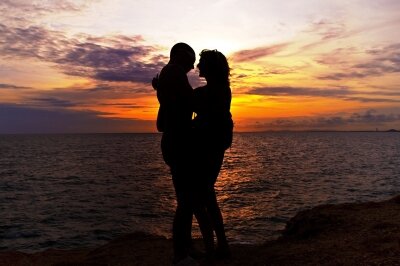