While hallucinations and delusions are most commonly associated with schizophrenia, psychotic features can be present in Bipolar Disorder, severe Depression, Delusional Disorder, Dementia, Substance-Induced Psychosis and other psychiatric conditions.

Further, a person may present with schizotypy without having schizophrenia, such as in Schizoaffective Disorder or Schizoid Personality Disorder. According to Peters et al. (1999), psychotic symptoms could be viewed as the maladaptive extremes of a continuum of traits present in the general population and quantified in order to prevent breakdowns and improve treatment.

The diathesis-stress model can be defined as such: An individual has a, presumably inherited, predisposition towards an illness, but the problems will only manifest themselves if the organism experiences a significant stressor. The main themes delusions center on are grandeur, persecution (paranoid thinking), disintegration and contrition, as defined by the Delusions-Symptoms-States-Inventory (DSSI, Foulds & Bedford; 1975).

The authors found that the majority (93.3%) of their sample (480 clinical patients in psychiatry) had symptoms in agreement with the scale. The Present State Examination (Wing et al., 1974) adds three other categories, while the DSM-IV-TR (American Psychiatric Association) expands to include erotomanic, jealous, somatic and mixed subtypes in addition to the initial four. Bowins & Shugar (1998) found that a person’s self-esteem and self-regard greatly influenced the content of his or her delusional ideation, and led to “delusions [being] experienced as comfortable (or uncomfortable) and enhancing (or diminishing)” (154).

The following list represents the delusions’ subdivisions found in their study, in order of frequency:

I. delusions of reference

VI. thought broadcasting (feeling that others can hear one’s thoughts)

The scientific literature is divided on the function that delusions serve in relation to self-esteem, if any, but these experimenters were able to demonstrate that among current active psychosis inpatients, self-esteem and self regard were positively correlated with delusional substance.

Thus, subjects with better global self-images had delusions that reflected that notion more than their lower self-appraised counterparts. Bowins & Shugar (1998) also noticed that the higher self-esteem patients rated their deluded experiences more enhancing and comforting. However, the subsets of the personality variable reflecting professional, academic, physical and social dimensions failed to be translated into delusional content.

Perhaps the above information helps to understand why patients with delusions cling to their unsupported worldviews so strongly, despite the impairment it causes in their lives, especially in cases where the irrational thoughts are enacted. Even if the inner consistency rationale elucidates the disturbances, it lacks the ability to make it any easier for those afflicted as well as for their close ones. Hopefully, scientific breakthroughs will alleviate those burdens in the near foreseeable future. 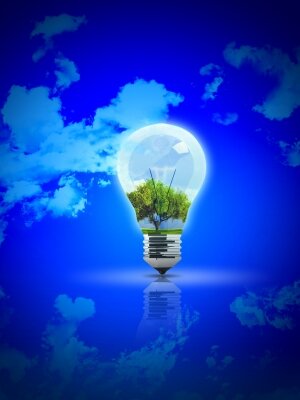