Psychology is truly an amazing field, especially social psychology. Social psychologists have shed light on such key areas of life as relationships and social life. Further, social psychology showed that conformity to group norms are very important to people. Indeed, many teenagers try recreational drugs or cigarettes for the first time succumbing to peer pressure. Peer pressure results from wanting to conform, to belong with one’s group of peers. Adolescents in particular are prone to peer pressure, since adults learn to differentiate between becoming friends with like-minded individuals, and losing one’s individuality to desire for friendship.

Thus, to make a long story short, Asch is a famous social psychologist who carried out experiments on conformity to group norms. As a brief aside, sociology is the social science centring on the study of society. Sociologists describe norms as unwritten societal rules that everyone must follow. Thus, in Asch experiments, the set up was comprised of subjects and confederates. Interestingly, confederates are paid actors who pretend to be participants in a psychological experiment. Hence, in Asch’s experiments the confederates pretended to give an answer, which they knew was wrong and which they were told to say before the experiment began. Therefore, it was arranged for them to judge the compared length of two lines as wrong. In other words, two lines were shown to subjects and the participants had to judge which one was longer. As one knows from optical illusions and perception, it is possible to make two identical lines look different in length by circumventing or opening the ends artistically, figuratively speaking.

However, in Asch’s experiments, the two lines were not an optical illusion and very clearly of different lengths. Participants were told that the experiment was about some visual parameters, thus were completely left in the dark as to the real purpose of the experiment. Sometimes, experimenters disclose the real purpose of the experiment during the aftermath period known as debriefing, during which researchers must find out if participants are ok, and perhaps explain what the study was about. But I digress… Hence, in Asch’s experiments the confederates repeatedly chose the shorter line as the longer and vice versa. And what do you think happened? Well, the real participants, after witnessing several confederates make the wrong choice, made the wrong choice themselves. Indeed, they preferred to be inherently wrong, at least in their own eyes, than to openly disagree with public opinion.

Clearly, Asch’s experiments demonstrate the desire in human beings to conform to social and group norms, to belong, to agree with public opinion. Outcasts are rarely popular and most people prefer to be liked than to make waves. The phenomenon can be witnessed in social psychology experiments, but also in real life, such as in situations prone to peer pressure. So the next time a coworker tries to make you agree to the upheld view simply to sway you and to gain a majority vote, ask yourself the question whether you truly and actually agree with the stance. 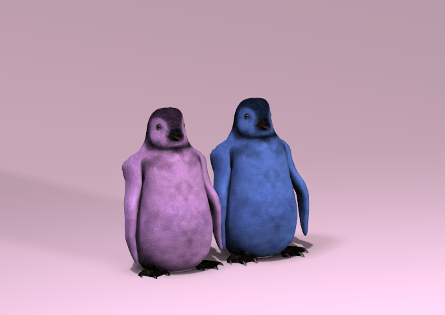