Dopamine is one of the major excitatory neurotransmitters in the brain. The neurochemical of the catecholamine group has been associated with reward mechanisms, novelty seeking, addiction and other behavioral and biological phenomena.

The present paper will attempt to highlight some of the repercussions dopamine has on the human experience. The involvement of dopamine in reward anticipation has largely been established. Ikemoto (2007) reviews scientific literature to arrive at a better understanding of the dopamine reward circuitry. For example, laboratory rats and mice learn to self-administer drugs of abuse unless they were given dopamine blockers (for a list of works see Ikemoto, 2007).

The number of receptors correlated negatively with BMI (i.e. as recorded BMI increased, listed D2 numbers decreased; body mass index, underweight below 18.5, obese above 30). The authors hypothesized that since dopamine is responsible for motivation and reward feelings, individuals lacking dopamine may be overindulging to fill the chemical messenger void. Thus, by enhancing dopamine activity in persons with the condition, it may be possible to stop overeating in such cases. 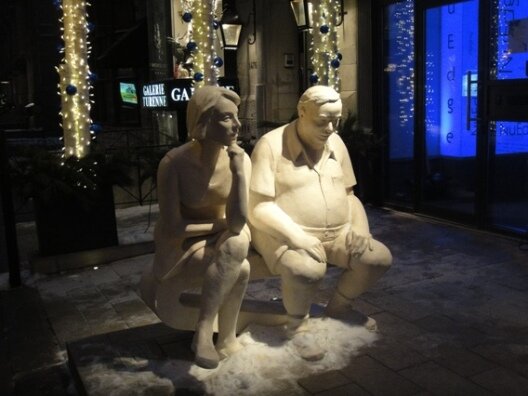 Conversely, the opposite is true in patients with schizophrenia, they have an abnormally high D2 activity, which is predicted by the classic hypothesis that schizophrenia is related to dopamine hyperactivity leading to the logical consequence that all antipsychotics act as dopamine antagonists. Interestingly, in their article, Seeman & Kapur (2000) expose the contradiction that surrounds D2 receptors and the mental illness.

Some previous studies in vivo have found abnormalities, some failed to do so. Further, the authors caution that since most studies that have found increased D2 population in the striata of patients with schizophrenia postmortem were done following antipsychotic use, the drugs may have influenced the outcomes. In reviewing a vast array of literature, Huey et al. (2006) came to the conclusion that patients with frontotemporal dementia (FTD) exhibited a dopaminergic deficiency.

Other neurotransmitter circuits they covered in their meta-analysis were serotonin, also deficient, and acetylcholine, appearing undamaged in FTD. However, they warn that the studies surveyed were challenged in sample size and lacked control groups, a potential limitation of the comparison. Loss of dopamine producing neurons is a distinctive feature of Parkinson’s disease (Lotharius & Brundin, 2002). As expected, the personality trait of novelty seeking, prompted by dopamine, is diminished in patients with the illness (Menza et al., 1993). Still it is unclear whether such conservatism is due to dopamine deficiency or reclusiveness brought on by the confines caused by the disease.

Benjamin et al. (1996) found that having two copies of the long allele of the D4DR gene led to higher scores on the NEO-PI-R personality questionnaire in areas coding for novelty seeking, and its components: exploratory excitability, extravagance and disorderliness. The conscientiousness (lower) and extraversion (higher) dimension were also correlated with the genotype. However, the experimenters remark that the polymorphism accounts for only part of the story since other genes are similarly involved in producing the phenotypes.

The five types of dopamine receptors are D1, D2, D3, D4 and D5. The neurotransmitter is associated interalia, with reward. Image: ProvinceQuebec.com