The interrelation of genes and behavior is an interesting topic of study for psychologists.

The field’s best-known discussion topic is the nature versus nurture debate. Although both sides (nature – genes; nurture – environment) have numerous proponents, the scientific community seems to have mostly settled on an interaction effect, meaning both are important in determining an organism’s phenotype (genotype is the actual genes, and corresponding allelic variations, an organism has inherited; phenotype refers to those that actually get expressed).

Humans have 23 pairs of chromosomes; an allele is passed down from each parent for a total of 46. An evident example of genetic determination is the 23rd pair, females have two X chromosomes, while males have an X and a Y. Interestingly, the sex of a baby is determined by the father; women can only pass on the X chromosome, while men can contribute either the X or the much smaller Y.

The fact portrays as highly illogical, of course not to mention sexist and unkind, the decision of certain kings in the past to remarry if their wife failed to produce a male heir. The difference in chromosomes leads to some sex linked disorders, such as colorblindness, that is found mostly in the male population. In a nutshell, there are recessive and dominant genes, in cases where both alleles are present, the dominant gets expressed. For example, an individual having an allele coding for blue, and another coding for brown, eye color, will have brown eyes. However, some alleles can also be codominant, where both alleles get expressed, such as in the case of blood types.

If a person possesses an A and a B allele, the result is the AB bloodtype. Genetics researchers have several tools at their disposal. Family studies are popular, isolating probands and establishing pedigrees. Monozygotic (MZ, identical) twins share 100% of their genetic material, and thus are popular in elucidating the respective contributions of genes versus environment; while dizygotic (DZ, fraternal) twins only genetically share only 50%, like any regular siblings. For instance, schizophrenia probandwise concordance (the likelihood that if one twin has a condition, the other twin will also have it) is 48% for MZ twins and only 17% for DZ twins (Gottesman, 1991).

Furthermore, there exists often-cited anecdotal evidence of two MZ twins who were separated at birth and raised by two diverse families (e.g. Gough & Bourdeaux, 2003). The two families clearly offered the children very unalike upbringings; they lived in different countries, harbored dissimilar religious and political views, and were of unequal socio- economic status (SES). Still, once the brothers were in their forties, they decided to meet. Surprisingly, they arrived at the airport similarly dressed and were puzzled to find out that they shared the same religion, political affiliation, and profession.

What’s more, they had both married and divorced a woman named Linda, whereas their second marriage was to a lady named Betty. They enjoyed the same hobbies and both had a dog. Whether this one case represents the influence of genes on behavior or pure coincidence is unclear, especially since the sample is too small to draw any significant conclusions. Yet, the story is compelling. 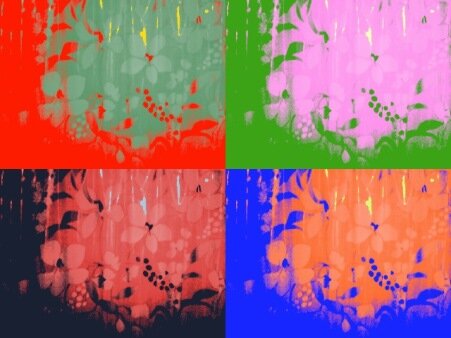 “Man is the only animal for whom his own existence is a problem which he has to solve” Erich Fromm (German born American Philosopher and Psychoanalyst, 1900-1980). Andy Warhol. Photo: provincequebec.com