A researcher from Montreal’s famous Neurological Institute has come up with tremendous insights into human memory, with the case of patient H.M. studied by Brenda Milner.

Surprisingly, he could still learn new skills; therefore, his implicit memory remained intact (Scoville & Milner, 1957). Implicit memory covers skills and how to perform tasks (e.g. riding a bike), explicit memory refers to conscious storing of facts and events. Explicit memory can be further subdivided into semantic memory - recollection of dates and names, and episodic memory - remembering particular situations. Memory can be very unreliable, as has been demonstrated by Elizabeth Loftus and John Palmer, so can be eyewitness testimony. Leading questions as well as mood of subjects greatly influences their responses. For example, in their study participants were shown a movie where two automobiles collided.

Afterwards, the answers differed depending on which of the three words was used in the following sentence: How fast were the cars going when they smashed/hit/bumped into each other? Responders reported greater speed and even seeing broken glass (of which there was none in the video) when the word smashed was employed (Luftus & Palmer, 1974). The tragic case of Phineas Gage, an employee who happened to be at a place of accident near the trains where he worked (Siggelkow, 2007). A metal rod flew and transpierced his skull through his eye. He survived; his IQ (intelligence quotient) remained intact but his personality changed forever. The rod cut through his frontal lobe, the center of executive function.

Executive function refers to planning, healthy inhibitions, coordinating activities and making decisions. Despite an intact intelligence, this unfortunate patient could never function as his former self again. Persons who suffer from executive dysfunction could, despite being an otherwise well-mannered person, star laughing at a funeral while undressing in public. Another feature of the disorder is the inability to switch between actions when it is appropriate to do so.

The problem is identified using the Wisconsin Card Sorting Test (Robinson et al., 1980). The cards have different colors and shapes and have to be sorted by one of the characteristics, it is a feedback based procedure so the examiner will say ‘correct’ or ‘incorrect’, when the person places each following card on top of one of the four already laying on the table. Without the testee’s knowledge, the rules change, but so does the feedback. A person with executive dysfunction has immense trouble switching what they are doing, even if intrinsically they understand that their perseveration (not to be confused with perseverance) is uncalled for. References: 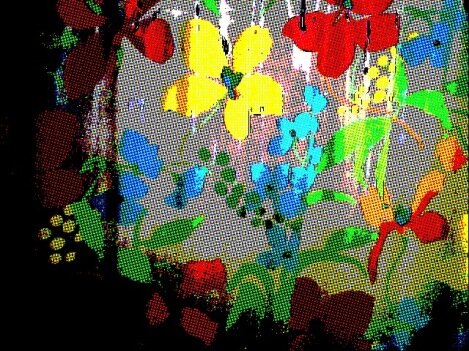 Crowds are somewhat like the sphinx of ancient fable: It is necessary to arrive at a solution of the problems offered by their psychology or to resign ourselves to being devoured by them.” (Gustave Le Bon 1841-1931, a French social psychologist, sociologist, and physicist. Author of several works in which he expounded theories of national traits, racial superiority, herd behavior and crowd psychology). Photo: © Provincequebec.com