Throughout history, most songs composed, most books written, most tales told and definitely most TV shows and movies made, involved a love story. From Ancient Greco-Roman myths, where Zeus (Jupiter) cheated on his wife Hera (Juno) in his never-ending pursuit of beautiful women to Aphrodite’s (Venus) – the embodiment of the sentiment, the goddess of love. From Romeo and Juliet the classic tragedy by William Shakespeare 1600s hundreds medieval England to the 1998 remake with the soundtrack contributions by rock formation Garbage. More or less any plot line involves some flame, fling or unrequited overtures at some point.

In 2011, the buzz on love story is Bella Swan and Edward Cullen (Twilight, Eclipse, New Moon, Breaking Dawn). Green-eyed Kirsten Stewart and Robert Pattison portray the couple. Vampires suddenly flew back into fashion, not that they ever went out to judge by the amount of fiction written and motion pictures produced. In the late 1990s, there was a show about an underground vampire club in Montreal, whose members would pretend to drink blood and participate in rituals together.

The concept of romantic love dates back to medieval times. At that time, marriage was seen as an arrangement beneficial to both families or clans, with little bearing on emotional attachment. In some cultures, even today, the parents decide marriages, sometimes at the instant of the child’s birth.

Some believe that the idea of love was played up by Disney and Hollywood to accelerate diamond commerce. The diamond industry is huge. The largest world suppliers of the rock are Russia and South Africa. Diamond trade in African countries has been associated with unspeakable atrocities. The movie Blood Diamonds, and the involvement of supermodel Naomi Campbell in a series of trials, is rooted in the trade. Marilyn Monroe sang that ‘… diamonds are a girl’s best friends…’ Madonna’s lyrics proudly confirmed that she was ‘… a material girl in a material world…’ the Pussycat Dolls’ musical band’s with lead singer, Nicole Scherzinger, proclaimed ‘… if you like it, the you gotta put a ring on it…’ Along the same lines, parodies on De Beers’s advertisements similarly reaffirm the association between a diamond (ring) and long-lasting companionship.

A more traditional approach is that diamonds are indeed forever. Therefore, they symbolise the durability and meaning of the commitment between two enamoured people.

Being the hardest element is why some industrial saws are made with low-grade diamonds. Diamonds are measured in carats, the more carats – the bigger and more expensive the stone. Clarity, colour and intactness are also important factors in precious (diamond, ruby, sapphire, emerald) and semi-precious (amethyst, aquamarine, garnet, quartz) gemstones appraisal.

Everybody needs love. Then, why are so many people unhappily single and lonely? The answer to the question lays in the paradoxical nature of the human psyche. Many seek guidance and read tons of self-help books on dating and relationships. Then, they receive (sometimes bad) advice on how to manage their personal lives. Perchance loneliness is just a natural and integral part of the human condition or possibly that is quite inaccurate and ‘…quoi que tu fasses l’amour est partout ou tu regardes…’ as French singer Francis Cabrel… eloquently put it. 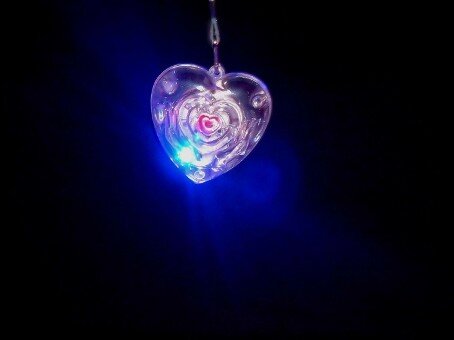