Emotional wellbeing, although not always as evident as physical or psychological welfare, is also important. The two main categories of emotions are positive and negative. Good feelings include love, happiness, serenity, while bad ones are anger, hate, and envy. While most people would agree on the categorization of the above, other emotions, such as pride, vary in connotation according to culture.

The neuroanatomical substrates of emotion have been widely documented in the literature. The amygdala is usually the brain region most closely associated with affective states. Studies of fear conditioning have often involved these nuclei.

Social psychology has also taken interest in the emotional lives of the population. For example, frustration leads to aggression.

Frustration is brought on by repeated thwarting of one’s desires by outside obstacles. The reaction is counterproductive, since anger clouds one’s judgement. Passion and logic have historically been seen as contrary ends of a continuum. The tradition likely is the rationale behind Romulans, who were once Vulcans but embraced their passions (Star Trek alien races). But neuroscientifically, if the emotional part of the brain is lesioned, decision-making is strongly impaired despite intact cognitive neural correlates (Salovey, 2010).

Most emotions have an impact on thinking processes, which introduces the concept of self-control. In a variation on Intellectual Quotient (IQ), Emotional Quotient (EQ) has made its entrance into the mainstream in the 2000s. Decades earlier, the Stanford Marshmallow Study by psychologist Walter Mischel in 1972, was carried out at the reputable American university, demonstrating that the ability to distract oneself to successfully delay gratification in order to receive greater satisfaction later, was more predictive of an individual’s success in life than intellectual factors. Additional character traits often cited as required for self-actualization are willpower, and the aptitude to manage one’s own and other people’s emotional states.

Serious deficiencies in these capabilities result in poor impulse control. As any impulsive person knows, such unanalyzed behaviour can bare quite undesirable consequences. Empathy may also be lacking.

A few illustrations of how emotional intelligence is used: business (e.g. incorporated into knowledge management), medicine and therapy (rapport establishing), academia (long term stress has been found to harm the hippocampus, inhibiting learning and memory) and the personal sphere (ability to form and maintain satisfying friendships).

A beginning of the 20th century study showed a sample of subjects with extremely high scholastic and standardized IQ test scores who failed to produce the stellar results expected much later in life.  The logical conclusion may be that something else besides raw intelligence must be at play. A better explanation is proposed by the theory of multiple intelligences of Howard Gardner: interpersonal, intrapersonal, bodily-kinesthetic, musical, spatial, naturalistic, logico-mathematical and linguistic intelligences. The same individual could be high on some and low on others of these types.

Schutte et al. (1998) examined a measure of emotional intelligence developed by Salovey & Mayer (1990). The model was found to be significantly associated with educational, social, academic, and everyday functioning and gender. Intelligence in the common sense, and one of the Big Five personality traits (openness to experience, but not conscientiousness, neuroticism, extraversion and agreeableness) were unrelated. 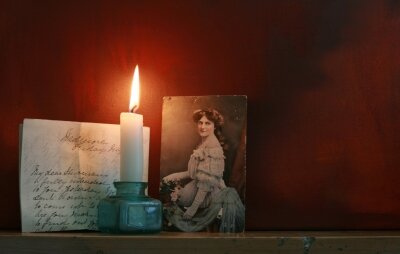