The words adrenaline and epinephrine, as well as noradrenaline and norepinephrine are used interchangeably. Adrenaline reportedly has effects of giving people superhuman strength, speed and other abilities that allow them to react adequately under traumatic conditions. Underneath it all, it is adrenergic receptor activity that is sought after by adepts of extreme sports, bungee jumping and free styling.

Seifert et al. (2009) confirmed their hypothesis on cerebral metabolism, that at the brain level sugar is processed quicker due to adrenaline but not noradrenaline. Mitchell et al. (2009) examine noradrenaline spillover in the brain, and in their experiment trimethaphan injection acts as a lowering mechanism.

Cortisol is a neurohormone produced by the endocrine system. The exact fields that investigate such cases are neuropsychopharmacology and neuropsychoendocrinology. Cortisol and the HPA axis (hypothalamic-pituitary-adrenal; also known as HTPA or LHPA where L - limbic) are related to stress. Cortisol has been studied in rats; rat pups were said to grow up with different abilities for cortisol secretion depending on the way they were reared (low licking and grooming versus high licking and grooming). The finding had epigenetic implications (Lord, 2009). Epigenetics refers to the possibility that the genetic code can be altered due to environmental pressures. In the popular media cortisol and stress have been blamed for weight gain. Cortisol acts by blocking an appetite-suppressing signaller, thus leading to higher calorie consumption and fat accumulation. Stress has been cited as responsible for many ills; it is plausible that worries predispose one to overeating. In contradistinction, oxytocin is a neuropeptidede that in humans and voles is partly responsible for socialization and couple formation, and occasionally lowers cortisol released during partners’ disputes (Ditzen, 2009).

Epinephrine is sometimes confused with ephedrine or ephedra (herb). Ephedrine is a component of some gym performance enhancers, commonly called ‘fat burners’. The substance had some trouble with the FDA (Food and Drug Administration) due to suspected safety concerns, leading to regulations. But that is not the topic here. Epinephrine and norepinephrine are neurotransmitters in the human central nervous system (CNS). Both are catecholamines synthesised from the amino acid tyrosine, acting both as neurotransmitters and stress hormones.

Septic shock, a condition characterized by generalized infection and the organism’s reactions to it, is regularly treated with administration of dopamine or norepinephrine rather than epinephrine. However there is no evidence that epinephrine alone rather than norepinephrine and dobutamine does the deed any differently (Agrawal, 2010). Vasopressin is also sometimes administered in such cases, but Russell et al. (2008) consider it largely ineffective as compared to norepinephrine. The all-or-none potential of neural cells or the body’s reactions to epinephrine (adrenaline), norepinephrine (noradrenaline), cortisol, oxytocin, vasopressin, progesterone, estrogen, testosterone, dobutamine (synthetic drug), dopamine, serotonin and GABA represent typical topics of neuroscientific inquiry. 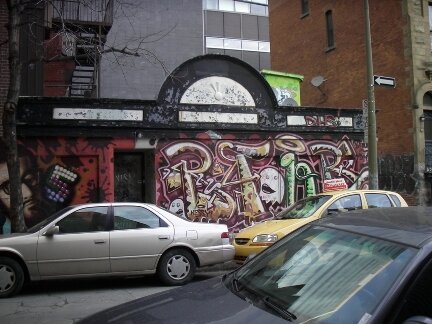 The adrenaline of a live performance is unlike anything in film or theater. I can see why it's so addictive. Gwyneth Paltrow. Photo : © Provincequebec