The Bridge is an artwork produced by the City of Trois-Rivières.

Laviolette Bridge is the longest steel superstructure bridge in Quebec. Before it was opened, residents of Trois-Rivières had to take a ferry between the city’s port and Sainte-Angèle-de-Laval quay in Bécancour. Officially opened in December 1967, it took three years to build this long bridge at a cost of $50 million, an astronomical amount at the time.

In days gone by, there was nature on one side, with its vegetation, ecosystems and ecological niches; a peaceful and colourful life. On the other side, humans had pushed back nature to build an urban environment with cold structures and a fast pace of life, a priority for them because of the industrial and economic benefits this afforded.

Today, humans have built a bridge between these two vital spaces that connects the useful with the enjoyable while letting nature reclaim its place within the city; they finally understand the importance of nature for them: specifically, the beautiful landscape, improved quality of life, decrease in pollution, and fewer heat islands.

Tomorrow, these two very different worlds will live together in perfect harmony. 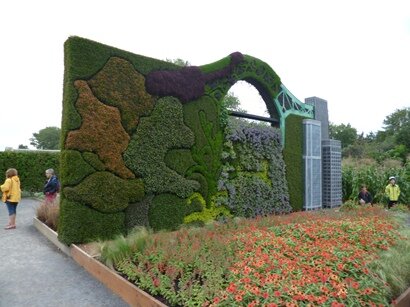 Humans have built a bridge between two vital spaces that connects the useful with the enjoyable while letting nature reclaim its place. Photo : © ProvinceQuebec.com