For the World Wildlife Fund (WWF), the panda has a special significance.  It became the organization’s symbol soon after it was founded in 1961, inspired by   Chi-Chi, a giant panda that arrived at the London Zoo that same year.

The giant panda is perhaps the world’s most powerful symbol of species conservation. Only 1,600 remain in the wild.

From WWF’s origins as a small group of committed wildlife enthusiasts, the organization has grown into one of the world’s largest and most respected conservation leaders – supported by 5 million people and active in over 100 countries on five continents.

Over time, WWF’s work has evolved from protecting particular wildlife species and habitats to protecting life on Earth, including our own.

The mission of the fondation is to build a future in which humans live in harmony with nature. Today in Canada that means creating solutions to the biggest conservation challenges of our time: a changing climate, a transforming Arctic, and the health of our waters and oceans.

World Wildlife Fund (WWF) is one of the world's largest and most respected conservation organizations – supported by 5 million people and active in over 100 countries on five continents.

In Canada, WWF’s conservation efforts focusing on oceans, freshwater, the Arctic, and climate and energy. 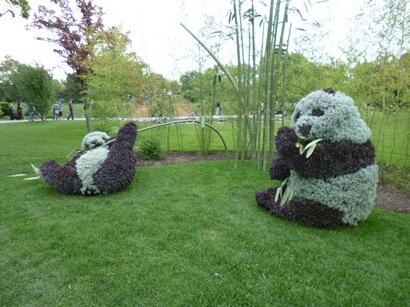