Born With the Sun

Born With the Sun

Born with the Sun

This work was presented by the First Nations of Quebec and Labrador. Their collective imagination is peopled with many zoanthropic beings, that is to say, characters combining human and animal traits. Such figures are the focus of this work by artist Christine Sioui Wawanoloath.

According to the artist, aboriginal legends are teeming with incidents of metamorphosis, going as far as Earth’s creation. Here, the father-bird pays tribute to the celestial and spiritual universe, while the mother-bear sows the seeds of earth’s future. They do this for their child, who will thereby remember his roots and grow up in harmony with all his kin. The canoe represents a new world, full of hopes and dreams to carry forth to the four corners of the world.

To explain how tribes and clans came to be, the various Native myths often portray ancestors as bears that undergone a metamorphosis.

These fantastical animals would have had the ability to shed their skin in order to assume a human resemblance. In some legends, male bears thus appearing as men would then marry women. As a result, the offspring of such pairings would inherit animal traits, leading to remarkably beautiful children who might, according to some versions, be possessed of unusual strength or even undergo a metamorphosis themselves.

Aboriginal people were acquainted with the cross well before the White Man set foot on their lands. They refer to it as the «four directions», the «solar cross» or the «medicine wheel». For them, it symbolizes the harmonious all visible and invisible manifestations of creation. 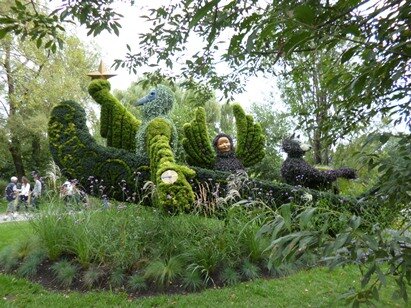 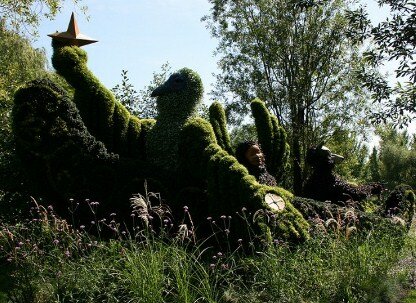 The solar cross or the medicine wheel symbolizes the harmonious all visible and invisible manifestations of creation. Photo: © ProvinceQuebec.com