The City of Beijing, capital city of China presented at Mosaicultures this artwork.

This mosaiculture is inspired by a beautiful ancient Chinese legend—Planting plane trees to attract the Phoenix—to explain to people that through hard work on this planet of hope, the environment can become ever more beautiful and our happiness can grow. Planting plane trees to attract the Phoenix interprets humans’ positive actions on their environment, highlights the symbiosis between Man and Nature, and creates a harmonious musical movement based on sustainable development. This work innovates through the use of miniature flowering begonia plants to depict the Phoenix’s multi-coloured plumage as effectively as possible.

Plane trees regenerate their bark in scales, thus symbolizing regeneration in Greek mythology. This tree, with species throughout the northern hemisphere, can live for as long as a thousand years!

The Phoenix is a part of Chinese culture but also figures in many other traditions, especially among Aboriginal peoples, who know it as the thunderbird. The legend maintains that at the end of its life, the Phoenix builds a nest which it sets on fire. 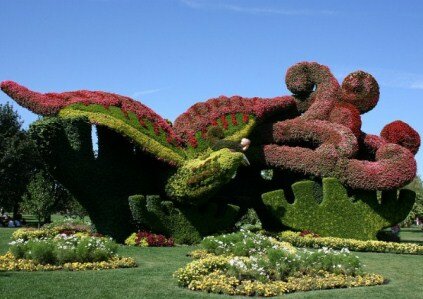 In ancient Chinese legend, the Phoenix is the king of birds. Image by © Lucie Dumalo 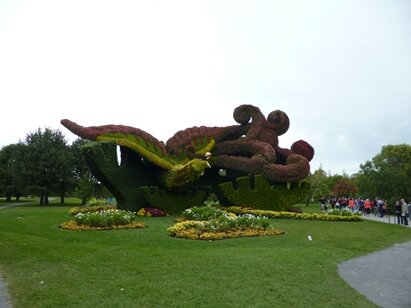 People today still consider it the bearer of happiness and a symbol of peace and harmony. Image by ©ProvinceQuebec.com 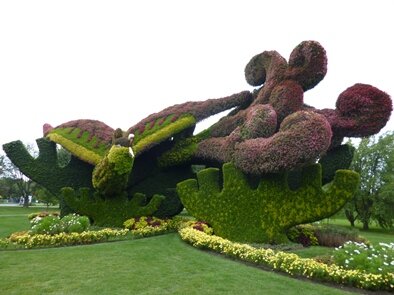 Plane trees regenerate their bark in scales… Image by ©ProvinceQuebec.com